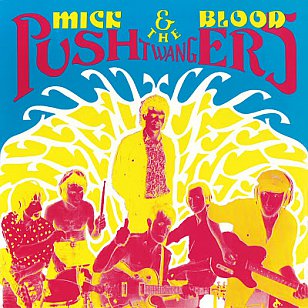 We make no apologies for going back down the path of Swedish punk and garageband rock from the Eighties because . . .

Well, because we have the double CD entitled A Real Cool Time Revisited which we bought at the Abba Museum/Swedish Music Hall of Fame in Stockholm and it is chock full of "guldklimp" (which I think is Swedish for nuggets, and that is the word we were looking for, if you get the reference).

Given the collection (only available from there, which is why we share) has liner notes in Swedish means we can't be any more helpful other than to say "play loud"  . . . but I see the Lime Spiders get a mention and I'm guessing the singer might be Mick Blood from that short-lived Australian band.

That's because he recorded a single and B-side with them, although this song wasn't one of them.

This is just terrific, enjoyably reductive garageband rock which captures the essence of adolescent lust and love in the line: "She's deaf, she's blind . . . but I don't mind".

Says it all really, doesn't it?