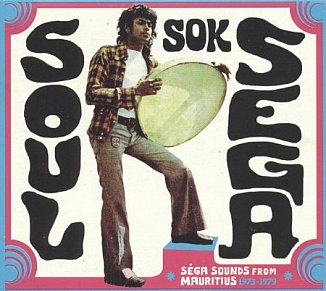 One of the things you can never explain to people who don't listen to music much -- and these sad types do walk among us -- is the thrill of discovery that songs can bring.

Especially if you listen to what is broadly called world music.

For example, who could have guessed that the sound of sega out of Mauritius -- a once marginalised style of folk brought by slaves from East Africa and Madagascar -- had taken on such strange shapes in the Seventies when it was interpreted via rock, pop, funk and jazz innfluences.

The collection Soul Sok Sega (Strut, through Southbound in New Zealand) pulls together 20 strange, wonderful, weird lo-fi songs from that era and -- like discovering all that cheap electronic music out of Kinshasa a few years back -- this stuff makes you hear and think in a different way.

The collection -- which retains the original lo-fi sound so is raw and immediate -- comes with excellent liner notes. But even if you coudn't read a word about it you'll be somewhat stunned by this music which seems to owe debts to a lot of styles but exists entirely independent of them all.

This track lifted from that compilation is typical . . . Well, as typical as anything can be on a collection on which every song is distinctive and atypical.

Highly recommended compilation (which also comes as a double vinyl). 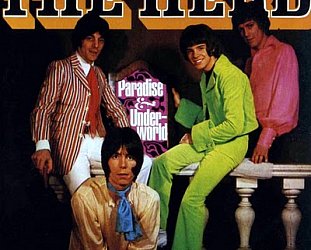 It's not often Greek mythology cracks the top 10, but the Herd managed to do it with song from the autumn of love (September '67) which is based on the Orpheus and Eurydice story. After the... > Read more