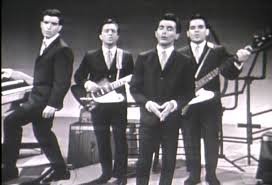 Quite where Frankie Valli's solo career emerged separate to the Four Season's discography is hard to discern. Before and during the Four Seasons era of the early Sixties he appeared simply as a member of the band, sometimes they were billed as Frankie Valli and the Four Seasons and even when singles appeared under just his own name there were frequently various Seasons on the session.

And the Valli Boys who appeared on the flipside of Frankie's single You're Gonna Hurt Yourself (written with their producer Bob Crewe) probably didn't include Frankie.

They were the session musicians and were here handed this very cool little instrumental written by Crewe and the band's keyboard player Bob Gaudio who was a fine songwriter – he and Crewe peeled off hits for the band – and later a producer in his own right.

It's a slinky little number which owes a little to Green Onions and the Ramsey Lewis Trio's The In Crowd. 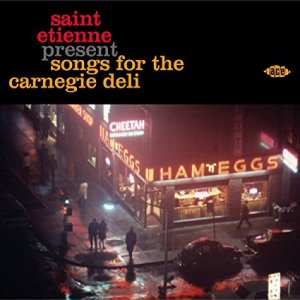 This track appeared on the excellent album Saint Etienne Present Songs for the Carnegie Deli, a  24-song collection of oddities and oldies compiled by SE's Pete Wiggs and Bob Stanley (on Ace, through Border in New Zealand).

The Valli Boys are alongside Jay and the Americans, Irma Thomas, Chuck Jackson, Little Anthony and the Imperials, the Chiffons, Lesley Gore and many others, some of whom are forgotten greats.

The Etienne's Stanley says his first encounter of New York was the Brill Building and the Carnegie Deli where he fancied what kind of music must have played there back when the singers, songwriters and song pluggers ate their motza ball soup and sipped coffee.

This may well have been on the Deli's jukebox. 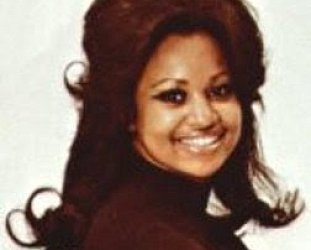