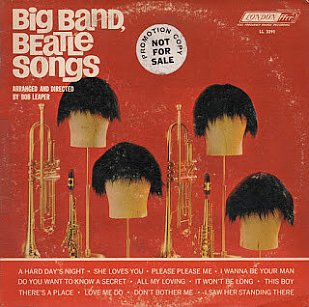 It's not easy to find out anything about the British jazz arranger and big band leader Bob Leaper, other than he did the music for a couple of (awful-sounding) sitcoms in the late Sixties/early Seventies which starred the likes of Jimmy Edwards and doubtless involved catch-phrases.

But what we can say on the basis of his album Big Band, Beatle Songs on the London label was that he was an impressive and innovative arranger, and as a band leader obviously commanded the respect of some of Britain's best jazz players at the time.

Big band or orchestral albums of Lennon-McCartney songs weren't uncommon by the mid Sixties, but Leaper's one – and unfortunately the players are not credited on the cover – just swings like crazy and the players are right on the money.

He also arranged George Harrison's moody Don't Bother Me (the sleeve credits it to Lennon-McCartney) and although it would be expected to hear All My Loving and She Loves You, Leader also went for It Won't be Long, There's a Place and Do You Want to Know A Secret which most arrangers stood back from.

The liner notes say this album was being marketed to US audiences and that might have been a tough call. Young Beale fans wouldn't care for it (the cover alone would put them off) and American jazz musicians rarely bothered listening to British musicians at the time.

But maybe because the Beatles had broken the cultural divide more than a few might have been curious enough to tune in. If they did they would a depth of musicianship that powered along – 19 players which included woodwinds, trombone and flugelhorn.

Just play this track loud and stick around for the furious solos towards the end.

I picked this up secondhand in excellent condition for $5 . . . and the album is on iTunes 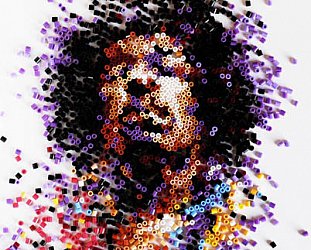 When the Kronos Quartet closed their first album for the Nonesuch label in '86 with this brittle version of Jimi Hendrix's '67 hit even liner note writer Gregory Sandow had to concede that, after a... > Read more