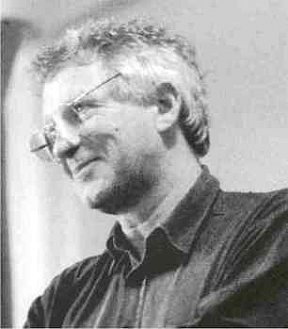 We see time contracted so often in our lives -- soap operas telescoping weeks into minutes, sports events distiiled down to highlight packages -- that it is sometimes hard to accept the longer natural rhythms of days and tides.

But exploring time, especially in relation to the natural landscape, is the province of Christchurch artist John Cousins, a senior lecturer in music at the University of Canterbury in Christchurch and director of the university's Electronic Music Studio.

Cousins is candid as to how he expects his current exhibition/installation to be received ("It will be denigrated as Sixties and old fashioned") and admits to being uncertain himself quite where the works lead.

What we see in his performances and installations are mere fragments of his continuing work he says.

Certainly Cousins' work has precedents in its use of shadow and time -- some of Andy Warhol's early films and the activities of Fluxus artists in the Sixties have passed this way -- but Cousins' explorations of time, landscape and the relationships between them are personal discoveries as much as art works, and are rich in associated meanings.

His installations use video projecting images on to a number of screens simultaneously.

On monitors we see the results of Cousins walking in an environment from sunrise to sunset past a fixed-focus camera. At the centre of the frame is a stick, the shadow of which Cousins lines himself up with off-camera before moving through the field of the camera's vision.

The result, when projected back on a number of monitors set in an ellipse is disconcerting.

"You get these five people moving through the screen but the angle of movement changes. The figure on the lefthand monitor moves towards the camera and the one in the far right moves away. On the one in the middle I'm walking directly across."

In yet another piece, two paired screens trace the slow movement of a shadow across Cousins' face and, in another his shadow fades in and out of the image as the sun rises and sets.

"It's got to do with a particular kind of pace," he says. "You can't actually see your shadow move move but you do realise it does. The other thing is if I wasn't there, there would be no shadow at all, no monitoring of movement.

"So it's a question of using the physical presence of a human interpolating itself between the Sun and the Earth which gives evidence of the rotation of the Earth."

Giving away volition to explore the greater environmental forces is something Cousins does regularly as part of his work process.

He will sit on a beach, his eyes closed, and count the waves for a day . . . or remove himself for a month and live in a coastal environment to more fully apreciate the rhythms of time and the randomness, or order, of nature.

Yet he is also aware how such practices and their resultant installations draw out the philistine in observers, the sort of criticism whih ignores the principles surrounding the process in favour of skewering the finished work as if it existed in isolation.

Cousins sees his work simply as an expression of what he is thinking and running parallel to the work in sound, language and sonic signs -- like a baby crying -- which have immediate cross-cultural reference.

With the burden of making a living taken care of through his teaching, he has time and resources to explore his thoughts.

He admits to anxieties about his installations being in galleries -- he is exploring the possibilities of using more public places -- but is certain it is a valid form of expression. But no more valid or of more importance than what is going on in the poolhall next door he says.

"Culture comes from the collective imagination and it is the living fabric of everything people do. Trained artists, graduates, who can't find a place for themselves are a result of the separation of activities into specialist roles. There is no link back to society because the specialisation of the artist is not validated or recognised as being imnportant."

This naturally raises qustions about Cousins' own work, isolated in a gallery with little link to the poolhall's occupants next door.

"This is me just surfing on a very minor wave as part of the establishment," he says candidly. "A few people will come and see it, but I could put this installation up in my studio at home and probably the same number would come."

Cousin's current work -- which includes slides and photograhs -- may take some demands on time (some of the work shown takes up two hours in its entirety) and for many observers that is time they don't have.

Cousins accepts that. He has seen the speed with which people attempt to "enjoy" their natural world.

"When I go to a coastal environment for a month, I see the day-trippers come, get out of the car, kick a rock, urinate in the lupins and drive away -- and they've experienced abslutely nothing.

"The periodicities are the most interesting things about those environments -- like high and low tides -- and they don't happen in a minute.

"So my works are about the positive interface of humans and this extraordinarily rich natural environment where you never see any mistakes.

"No rock is in the wrong place and so all those aesthetic decisions artists worry about aren't there.

"The natural world is always right."

To test your ability to take time, try this out. 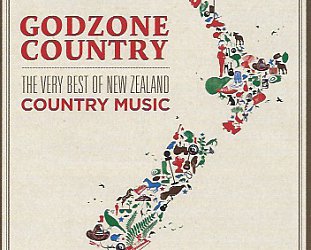 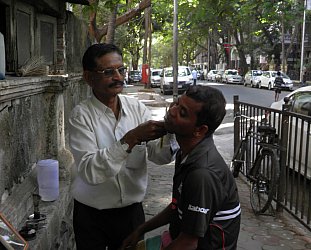