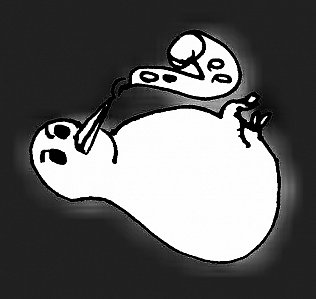 Some weeks ago Elsewhere introduced a new jazz-and-elsewhere label Kiwijahzz, which is the brainchild of saxophonist and collaborator Jeff Henderson whose credentials here and overseas are impressive if not impeccable.

Henderson is a facilitator so it comes as little surprise that during the lockdown he has had the time to go through more of the live material which appears on the Kiwijahzz roster to release two further and even furtherer albums.

We were very impressed with those first two so keenly dived into these waters.

Let's look and listen to these next two volumes . . .

Recorded at Third Eye in Wellington in November 2020, this finds multi-saxist Henderson, bassist Paul Dyne and drummer Rick Cranson opening with a challenging piece of flatulently aggressive improvising (Henderson) which is a real attention-getter before the rhythm section enters to ground it in somewhat. 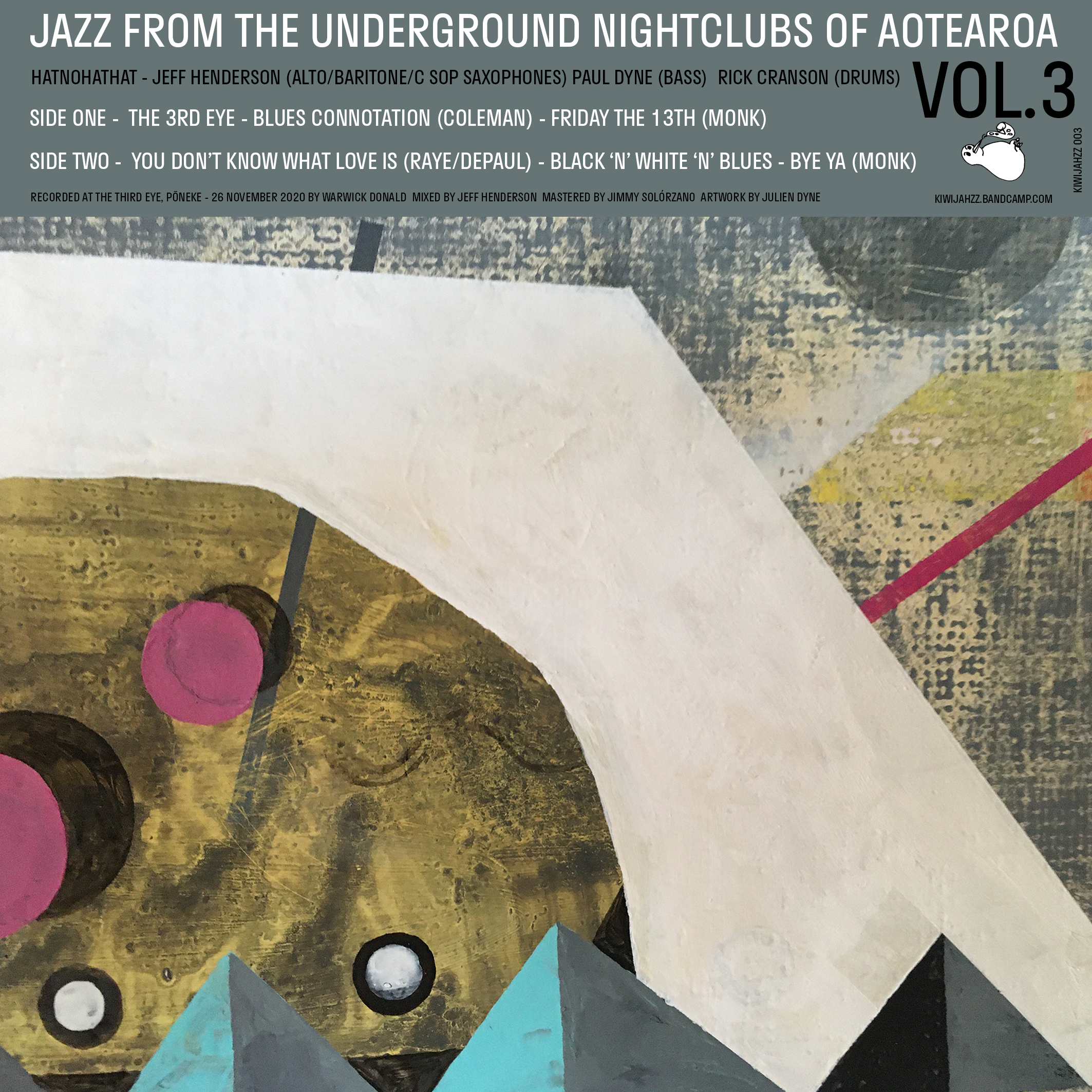 It's not for the faint of heart, but if this is what kicked the concert off you'd be sitting erect for these five minutes.

What follows on Ornette Coleman's bouncy Blues Connotation (from his quartet's This is Our Music, 1961) allows the shoulders to loosen as the bright, busy tunes gets teased apart by Henderson while Dyne and Cranson drive the energy for a terrific 15 minutes which seem to whizz by.

At times when you think Henderson has played himself into a corner he spins out and back into the fast but never hurried melodies he weaves. Dyne, one the senior statesmen of New Zealand jazz gets away an equally melodic and slightly funky solo at the midpoint.

Thelonious Monk's Friday the 13this from his mid Fifties sessions with Sonny Rollins and is not a common piece for jazz musicians to interpret although it's loose nature allows for considerable liberties to be taken, as this (piano-less) trio do when Henderson leaps in with a punctuation-point distillation of Monk's head before finding something approximating the swing of the original, but with some seemingly veiled calypso sounds which Rollins would come to favour before delving into his breakdown/repetition style which is excitingly energetic.

The bottom end here is driven by some extraordinary work by drummer Cranson who owns the final couple of minutes with cannoning work then some pared back playing to rebuild.

This trio may, at first blush, seem “out there” (and at times they certainly are) but here they also deliver their idiosyncratic post-bop take on the standard You Don't Know What Love Is (also one favoured by Rollins) which sounds more akin to a tonal exploration of possibilities before they get around to the lovely tune about halfway through these 14 minutes.

It actually works because when that melody arrives it is like welcoming a familiar friend at the door who is seeking shelter from an eerie wind.

It is a real highpoint of innovation, live improvisation and feeling a way into a standard.

If you like Chet Baker or Ella Fitzgerald's versions this is not for you.

Cranson and Dyne again hold the explosive Afro-rhythms on Black'n'White Blues and another lesserly-explored Monk tune Bye-Ya (again a quirky take but in the zone for those old enough to remember the various Wellington Braille bands on the Eighties) close this set.

Jazz is, lest we forget, an improvised art form best explored on, and experienced by watching, the bandstand.

This third volume of Jazz from the Underground Nightclubs of Aotearoa confirms all that . . . and that sometimes this genre dares you to commit.

Which leads us neatly to “and now for something completely different” . . .

Recorded live at Auckland's Wine Cellar a couple of months after Vol 1 in the series, this is the – prepare for confusion, there might be a quiz – the Trioglodyte trio of Henderson, bassist Eamon Edmundsen-Wells and drummer Chris O'Conner without O'Connor (Julien Dyne in his place) with percussionist (who was a guest on Vol 1 also), keyboard player Jonathan Crayford and multi-blower JY Lee (saxes, flute). 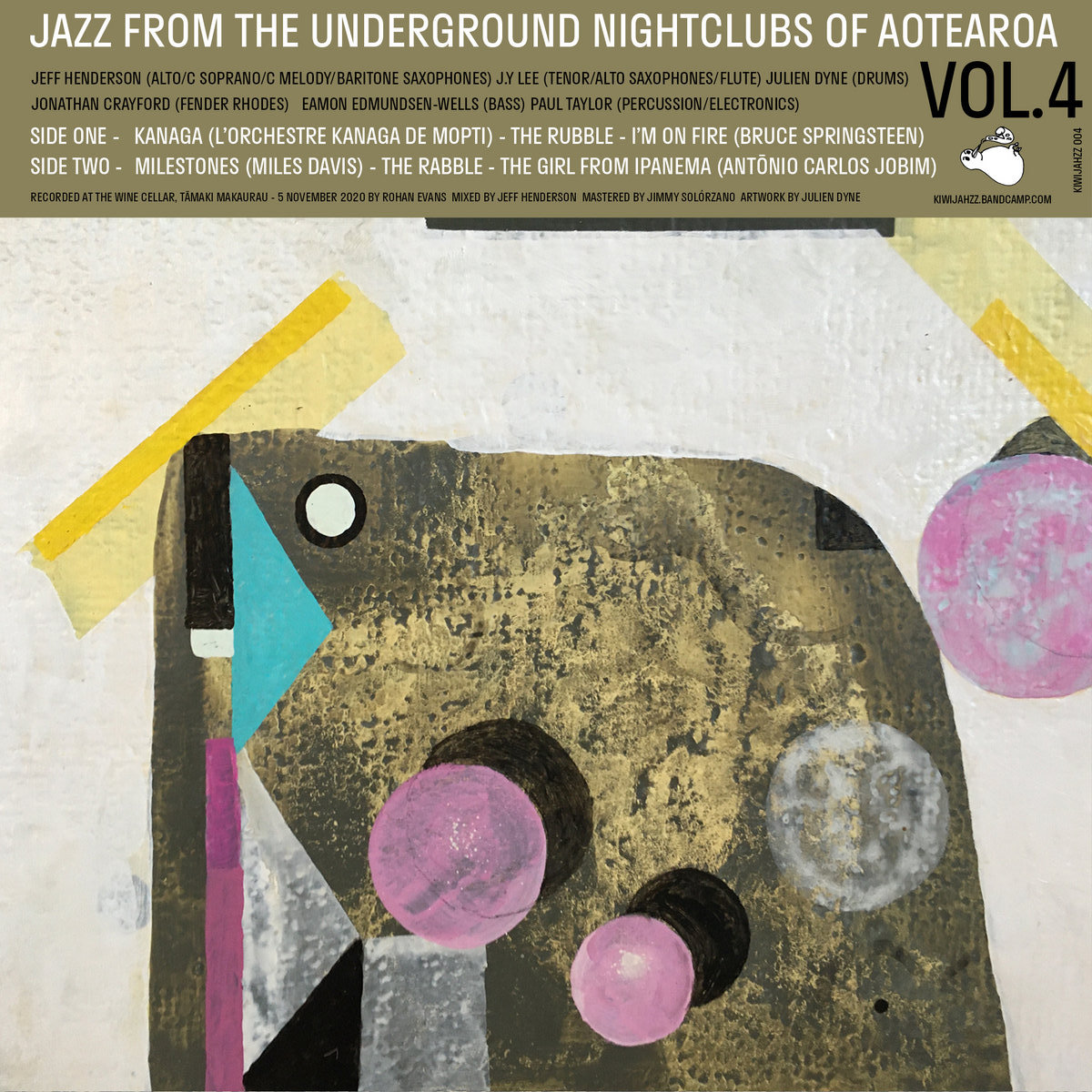 Given the Afro-influence on the opener Kanaga you can trace a thread back to Vol 1 but after that – with the abstract textural sonics of The Rubble and a languorous 12 minute take on what is loosely working around Springsteen's I'm on Fire (a hit for the Pointer Sisters, unedited this isn't quite ready for the Top 10) -- you are on your own.

And in a good way.

After that there is a very sandpaper-scuffed, magnificently heretical treatment of Miles Davis' Milestones which has all the spikiness of an echidna in a hurry in its first chapters before Crayford's Fender Rhodes comes in with trademark Fusion-Cool, The Rabble makes a much more satisfying return after a few minutes of Star Trek scene-setting and . . .

Why not a quarter hour of what eventually become something like The Girl From Ipanema, in name only?

No one said this was going to be easy.

But at Elsewhere we would say this: Here's a journey through hot-plate kitchens where the chefs have had the recipes for years but now just glance at them and say: “You know what . . . fuggit . .

You can hear all the Kiwijahzz albums at their bandcamp site here.

Elsewhere will address other albums from this source which are also "elsewhere" very soon . . .  stay tuned, or be very afraid . . . 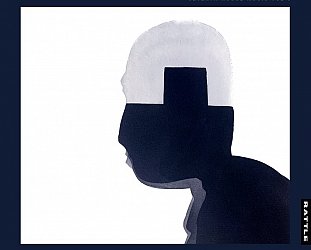