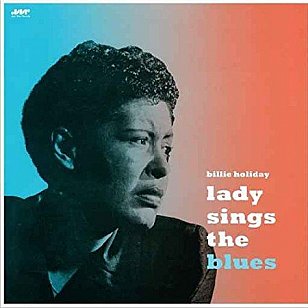 Anyone who has followed this fairly frequent column where we suggest reasonably priced records to expand your collection knows that, as a consumer service, we try to aim wide.

In the past we've recommended Motorhead and Miles Davis, Bjork and Bob Marley, Nick Cave and Chuck Berry, and Fatboy Slim, The Band, The Who, Soundgarden and more.

That's seemingly a scattershot, but if you look closely you'll see genres and classic albums represented, and also singular artists.

We therefore have no hesitation in pointing you to this album by one of the greatest of singers who was so singular she was, and remains, without peer.

Although some of these songs had been recorded previously when this album came out in the Fifties (some of the earlier songs re-recorded, four new ones added) it pulled together many of her songs which were or became classics: the title track, Strange Fruit, God Bles the Child, Willow Weep For Me, Good Morning Heartache . . .

Billie Holiday invested her soul in the songs she chose, many of them achingly personal.

Not long after this was released (in tandem with her ghost-written autobiography with the same title) she performed at Carnegie Hall to great acclaim. But her life, addictions and heartbreaks were catching up with her.

Three years later she was gone at age 44.

Sensible music collections have Billie Holiday albums -- there are any number of decent collections on CD and of course box sets -- but if you want to deepen that vinyl collection then we recommend this record because it is not only terrific, and sometimes heartbreaking, singing but it is just $25 at JB Hi-Fi stores here.

Or buy direct on-line from here