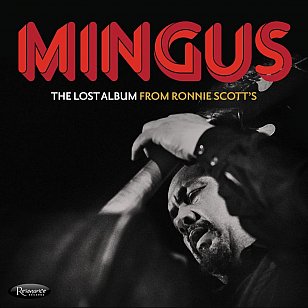 When the great bassist/composer Charles Mingus performed at Ronnie Scott's club in London in 1972, his career was in limbo. He was hugely respected but his studio sessions had dried up after the mid-Sixties and such albums as there were, were all live recordings.

Okay, jazz is a live idiom, but it also says something of the struggle he was going through at the time: respected but not writing much by the way of new music.

A couple of unauthorised live albums also appeared and now comes this album.

There have been quite a number of “lost” or hitherto unknown jazz albums released in the past few years: a couple by John Coltrane, one by Miles, a couple of Ella live, Don Cherry sessions and so on.

All have been worth hearing – some much better than others – and jazz listeners rightly welcome them.

This one by Mingus especially so because he had an excellent band which belnded seasoned friends and new players: Bobby Jones (tenor sax/clarinet), Charles McPherson (alto), John Foster (piano/vocals), the 19-year old trumpeter Jon Faddis and drummer Roy Brooks.

This is muscular, intense and often marathon music (three of the pieces stretch to 30 minutes and beyond), and some who have a lot of Mingus in their collection may consider another version of Orange Was the Colour of Her Dress and Fables of Faubus surplus to requirements.

That would be the mistake of reading the headline and not the story, because these tunes and others are often revelatory and challenging, especially when the structure breaks down into free playing.

The 35-minute treatment of Fables of Faubus for example is a tour-de-force of Mingus' post-Ellington work which touches on many threads of black music, at one point Faddis hitting such an angry yearning tone his trumpet screams screams before the turbulent mood is picked up by the ensemble and he shifts back to the blues to echo the political, anti-racist sentiment of the piece which, by this time, had been in Mingus' repertoire for almost 15 years.

There are whimsical and humorous moments throughout these nine pieces (check Mingus' solo at the end of Fables) distilled from the two nights at Scott's.

Mingus had great respect for the traditions he came from, hence the joyous Pops here -- aka When the Saints Go Marching In, with a vocal by Foster referencing Louis Armstrong – and the suggestive Noddin' Ya Head Blues where his lengthy solo sets it up and the audience, loudly enthusiastic at the end of pieces, is hushed.

This recording was not some casual tape-on-the-table thing but was going to be an official release for Columbia who had a mobile unit there but then the company dropped most of it's jazz roster the following year (Ornette Coleman, Keith Jarrett, Bill Evans and Mingus among those to be let go). 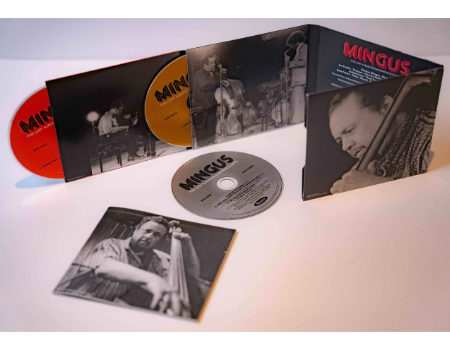 So the sound here is excellent and much of the playing magisterial.

And there's a kinda silly solo by Brooks on musical saw.

What more could you ask for?

This album comes as a 3-CD set and limited edition triple vinyl set with extensive liner notes, and is available on Spotify here. 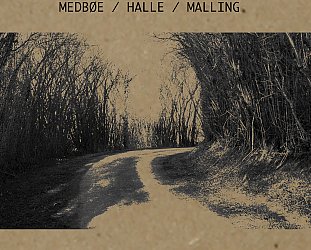