Jazzman Hancock has long been a supporter of Mitchell so this tribute to her music -- with another longtime Joni sideman Wayne Shorter on saxes -- comes as no surprise. And Mitchell's music has long moved into that melodically flexible area jazz musicians inhabit.

What does surprise however is Mitchell's guest vocal on Tea Leaf Prophecy where she sounds darker and more husky than on her current new album Shine, and also Norah Jones' confident and equally deep reading of the highly personal Court And Spark.

Also on hand are a restrained Tina Turner (Edith and the Kingpin), Corinne Rae Bailey (on the title track in which she almost redeems her much over-rated career so far), Luciana Souza (Amelia) and Leonard Cohen speak-singing his way through The Jungle Line.

But with instrumental treatments of Mitchell's Both Sides Now and Sweet Bird, Ellington's Solitude and Shorter's Nefertiti woven between the vocal tracks this is more a Hancock-Shorter jazz outing where Mitchell's admittedly fine material is but the springboard.

The musicians -- Dave Holland on bass, drummer Vinnie Colaiuta, and guitarist Lionel Loueke who is in Hancock's touring band -- play with restraint, perhaps too much so in places, and sometimes the sense of reverence leads to opportunities for truly adventurous playing being lost.

But the elegant reverie established in pieces such as Both Sides Now redeems everything and my guess is Hancock listeners will find more here than Joni fans, even those who liked her jazzy stuff.

The Cohen track is the clincher though: eerie and unnerving as only Laughing Len can be.

This subsequently, and surprsingly, won the Grammy for best album of 2007 in February 2008.

Are you Human? (this helps us weed out robot spam comments) 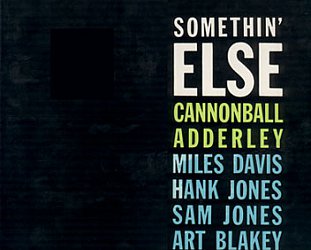