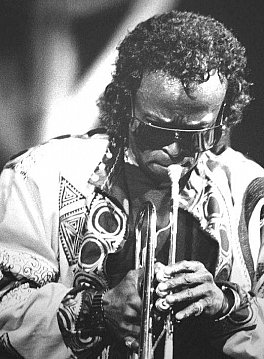 For even the most devout Miles Davis follower, it was difficult to anticipate what the legendary trumpeter would pull out for his one-only Auckland concert.

Recent albums weren’t helpful – they sport different line-ups to the seven-piece outfit he was bringing – and overseas concert reports were divided between hagiographies and outright contempt.

Nothing could prepare the audience for the flashy excitement of the funk-rock and hard-edged groove that Davis and his superb band strutted in a generous three-hour concert.

Entering from the wings in a suit which shone gold under the lights, Davis squirted a few distinctive phrases as he made his way stealthily to the front of the stage. And then, in a gesture elevated to an art form, he adjusted his wrap-around shades and peered out at the capacity audience.

It was showy and smart, the audience loved it and it was the same kind of epiphany as seeing Elvis in that ’68 comeback documentary.

The Prince of Darkness as claiming his territory.

And, for a man with a reputation for being uncompromising, Davis delivered an accessible show which alternated familiar ballads and slower material – the Cyndi Lauper and Michael Jackson tunes and material from the Tutu album – with the new techno-funk. All without an interval to interrupt the flow of a concert which created its own sense of occasion.

Punters may have initially balked at the ticket price (more than $60) but the promoters’ decision to opt for the St James over a canyon like the Logan Campbell Centre was a wise one.

It was a night for the audience to create the ambience, and the buzz in the foyer before and afterwards told its own story of excitement.

After a funky flexing and built-in sound check for Adam Holzman’s initially troubled synthesiser battery, the first indications of the astonishing concert to come was in the blues which followed.

Davis opened with his characteristically fragile mute tone and sketched out the slow soundtrack to some film noir before handing over to young guitarist Foley.

Since his comeback in the 80s, Davis has favoured two kinds of guitarists, blues players like John Scofield and heavy rockers like Mike Stern.

In Foley – with his four-string bass tuned like a guitar – Davis has found both.

His opening solo worked a classy B.B. King routine then steadily climbed through a couple of decades, past Hendrix and kiss-the-sky playing into a tour de force of heavy rock blues. The man was an ascendant start, and he knew it.

By the end of the three hour set, if he’d pulled one too many flash riffs or speedy pyrotechnics, it was forgivable. His blues playing and bite redeemed everything.

And it was a concert of stunning soloists.

Saxist/flute player Kenny Garrett – whose playing in his own band Out Of The Blue has never even hinted at the depth and breadth he exhibited with Davis – built an extraordinary solo into the Scritti Politti tune Perfect Way.

After Davis’ lean and up-tempo flunk, Garrett clawed his way tentatively into the tune and, over what seemed like eternity, upped the stakes with each phrase to end in a primal roar which loosened the fittings in the old St James. Another star was born.

Bassist Benny Rietveld’s cameo turn was equally astounding, and although synth player Holzman seemed initially reluctant to step forward his solo – which pulled in as many classical references as jazz-rock – proved to be an early highlight in a concert which continually topped itself.

And Davis as space captain commanded every move like a conductor, often directing with his back to the audience. His own playing was occasionally spectacular and always full of understatement and tension.

His wistful and thread-thin reading of Time After Time, and the exquisite mute work on Portia, which was saved until almost the end of the night, must have stilled forever the voices which say Davis cannot conjure up the tone he once had.

Certainly a few opportunities went begging, especially in the last manoeuvres of Portia, and the odd curious note emerged on Time After Time, but confronted with his serious Prince-styled funk and eerie playing on Tutu – a contemporary classic as the first few bars grab at the heart - the man is still the once and future Prince.

Just as in the early 70s, he brought rock and jazz together, in the 80s he is marrying the dance funk of Prince, Troublefunk and Cameo into a jazz-rock context.

His long version of Tutu and the unnamed number after it – which sounded like a co-composition with Prince – defined the ground.

After peeling away the familiar tune over the most spare of rhythms, the spot fell on Garrett’s flute to pick up the pace before it eased up into an African percussion duel between drummer Ricky Weldman and percussionist Marilyn Mazur.

Then it was Mazur’s show. Buried behind a smorgasbord of percussion devices like some one-woman Art Ensemble until then, she emerged in her own right in a stunning talking drum/foot pad and dance routine.

It was placed halfway through the three hours just when the audience might have expected to have seen all the wares displayed.

And that’s how the evening went, one more layer peeled away to reveal some other facet of the band.

Drummer Weldman’s solo spot may have palled a little after 10 minutes, that’s the way it is with over the top drum solos.

But Davis was the star and his presence was the definition of cool.

Contenders and pretenders still have to deal with Davis, and right here in Auckland, votes for concert of the year opened, and closed on the night.

Sassy, sharp and proud of his breathtakingly energetic band, Miles Davis claimed his territory from first to last.

The Prince of Darkness, that’s who

an amazing gig; I can't believe it was so long ago Miles exited the back of the St. James + chatted with fans afterwards The 10 minute drum solo wasn't extravagant for a 3 hour show; all band members got to strut their stuff + World class performers they were
The venue was one of the Stars, the high ceiling seemed to attenuate high notes; the sound system was massive + clean
This was a tighter effort than any I've seen on DVD of his 80's World tours, far better than Germany for e.g. + I think a great opportunity was missed by not filming or recording that night

I concur with GrahamW's comment above. I have all the DVD's and none come near this show. Some DVD concert reviewers have stated Miles performed better without cameras. Anyway we have what we have for history's sake. Was one of the best concerts I've ever attended in NZ. Was surprising though that several people left 10 mins into the first number upstairs where I was. They did not like his modern music approach. This included a number of music execs partners/wives leaving front row seats vacant which I moved to. Guess they just didn't appreciate the music. Glad I found this review Graham Reid. I have it cutout from the Herald all those years ago. I also wrote one for Rip It Up at the time. GRAHAM REPLIES: Thanks for your comment, I wish I had a photo of the mural in the Java Jive where my Herald review was replicated huge. Anyone out there got a photo for my archives? 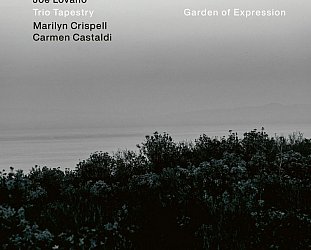 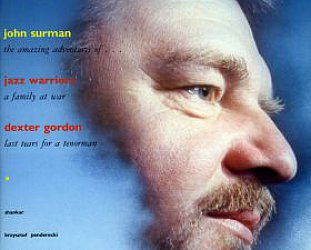 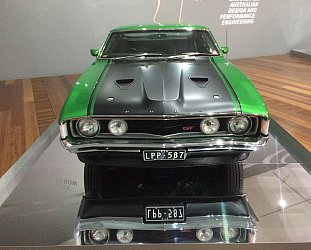