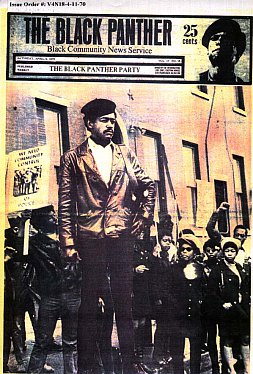 Without wishing to sound the complete High Fidelity, but I was moving some albums around the other night ...

As with many people I have an embarrassment of riches on vinyl, and a rich amount of embarrassing vinyl too.  I’d certainly be at a loss to explain how I acquired that three album set of The History of Flo and Eddy and the Turtles, the "classic" Peanut Butter Conspiracy debut or the Joe Gordon Folk Four album from the early 60s entitled The Gay Gordon.  (Oh, that’s right.  I brought that one as joke because of the title).

But in this most recent shift of scratchy stuff I unearthed an album I probably played three times a week for three years, then forgot.  It looks unpromising: a plain white cover, the words "Passion Flower" across the top left and in minuscule CD-sleeve sized type at the bottom is "Andrew White, tenor sax".

It was recorded in 1974, came out on White’s own Andrew’s Music label (his own indie label almost 30 years ago!) and because it was on widescreen vinyl I had tucked inside the cover a few pieces of a paper.  One was a review from DownBeat magazine of October 74 which gave it a rare five stars.

White was out of the post-Coltrane "sheets of sound" school. Notes tumble with endless ingenuity, they cascade in rushes of anxious improvisation or are coaxed out with consideration and care.

I thought that then, and the other night when I put it on again I remembered how much I had missed by not hearing it for so long.  I’ve never heard another White album – I convince myself I don’t need to, I’ve heard the best – but what this album also reminded me of was how much consciousness-changing music came out of this period before the jazz neo-conservatives came along in the early 80s and, like evangelists everywhere, proclaimed their One Truth.

Well, the 70s weren’t like that.  Sure jazz fusion ruled the 70s jazz world.  I’ve certainly got more Al Di Meola, Weather Report and Mahavishnu Orchestra albums that I would ever need.  But parallel to that ran the post-Coltrane, free jazz and boundary-riding work of black artists like White, Arthur Blythe, the Revolutionary Ensemble and others. There is a lost case in the great movie of jazz.

Certainly they were marginal – but not that marginal – figures. But from this distance they have been rendered silent by revisionists and record companies who would want to pretend they didn’t exist.  But they did, there is recorded evidence.

These were black artists who had come from the hard bop-into free jazz ethos of the 60s and as they moved in the 70s, acutely aware of the project of black politics as articulated by the Black Panthers and others, sought to create revolutionary acts in an art-form which was dedicated to one precept above all others: freedom.

Take the Revolutionary Ensemble by way of example.

I have four albums by them (all brought from Real Groovy as second hand vinyl somewhere in the late 70s at a guess).  The RE were a free jazz trio of percussionist Jerome Cooper, bassist Sirone and the brilliant violinist Leroy Jenkins.  The first I have dates from 1973 and was entitled Vietnam 1 & 2 (at the Peace Church).  The title alone tells you what was propelling their fiery, righteously angry music.

The second from the following year (where Cooper incorporated tape recorder into his arsenal) was Manhattan Cycles.  The third was, I believe their best.

In a gatefold sleeve which out-Sergeant’s Peppers in the collage stakes, was The People’s Republic, a magnificent, musically spare but emotionally dense probing series of carefully constructed improvisations.  People didn’t "get" this music at the time, but I won’t cite whose names are scribbled on the sleeves of the second hand copies I’ve got, nor point out that the astonishing Julius Hemphill album Dogon AD I have is stamped ‘Demonstration: Not for Sale’.

I suspect not many would "get" it now. But that’s only because of the way we listen.

Ross Clarke of 95bFM used to talk about the way “we use music” now, and he’s right. I refer to some albums as being great at barbecues or on long stoned Sunday afternoons in summer.  We have jazz for dance floors, and jazz to talk about rather than listen to (Hello Sun Ra fans, got an album?).

We have jazz which has been anointed by Alternative Rock Stars (shuddup Sonic Youth, don’t need your damn opinion) and jazz which is genuflected to by neo-conservative generation (ever wondered when you won’t have to listen to Wynton Marsalis talking about Ellington).

But there’s also a great body of jazz out there which has been rendered silent and needs excavating to be rightly held up to the light once more.  Music to be listened to, put back in its crucial context, to get irritated by and to appreciate for the wit, art and belief that willed it into being.  Someone clever once said you don’t judge great art, it judges you.  That’s what Andrew White’s Passion Flower, Dogon AD and all these other significant albums by great black artists (Cecil Taylor, Ornette Coleman etc) of the period do.

They command your attention and respect.

Without wishing to sound the complete Big Chill and say music was better in the old days it seems to me music like this doesn’t die.  It lives forever as long as people can find it.  That said, as far as I can tell none of these albums are available on CD.

Some interesting out-of-print jazz from the eighties and earlier can be found at the "mp-free" blog site Destination Out
http://destination-out.com/ 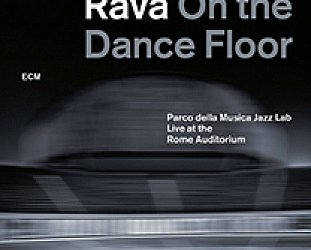 Of all the tributes to Michael Jackson, this -- by the great jazz trumpeter Rava -- would seem the most unexpected. If Miles Davis were still alive we might not have been surprised by such an... > Read more