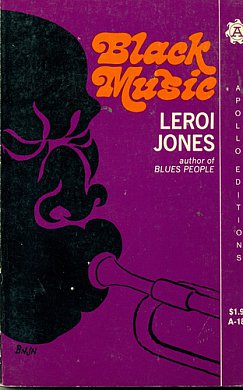 Nobody talks about Amiri Baraka these days, despite the fact he’s still alive*, still writing and still irritating the hell out of people. That’s called doing God’s work.

The last time he was sighted in the public domain was in that Warren Beatty movie, Bulworth. He had a bit-part playing a street bum-cum-guardian angel to Beatty’s flipping-out senator. It was good casting though because, even when he was close to the action, Baraka was always a voice and conscience from the margins.

Baraka – aka LeRoi Jones, born in New Jersey in 1934 – is a poet, playwright, social critic, essayist and revolutionary activist. And one of the first black commentators on jazz. Baraka wrote about jazz when few other blacks did and one of his seminal essays was Jazz and the White Critic, first published in Down Beat in 1963.

A collection of his writings on jazz as LeRoi Jones, Black Music (Da Capo), has been reprinted. And it’s fascinating from this historical remove to read his opinions, almost all penned in the early 60s, when he advanced the then unfashionable idea that black artists could produce a unique avant-garde rooted in black culture.

But jazz criticism and writing at the time was almost exclusively a white domain (it mostly still is) and that essay spoke in truisms that remain unchallengeable today.

Jazz, he said pointing out the now obvious, is a black art and white critics write from their own social and cultural mores, and think jazz culture (black culture) can be learned and appropriated.

“Negro music,” he wrote, “is essentially the expression of an attitude, or a collection of attitudes, about the world, and only secondarily an attitude about the way music is made. The potential [white] critic of jazz [think rap/hip-hop if you will] had only to appreciate the music, or what he thought was the music, and did not need to understand or even be concerned with the attitudes that produced it, except perhaps as a purely sociological consideration.”

Baraka was writing from inside a culture, not as one coming to terms with the notions which drove it. These are ideas white writers about black arts need to constantly remind themselves of. And Baraka, who became vehemently anti-white after the murder of Malcolm X and wrote plays for black-only audiences, was there prodding white consciences everywhere.

It’s also interesting to read Baraka railing against critics who elevate one musician at the expense of another to advance a cause – especially since black musicians such as Wynton Marsalis and his cheerleader, the black critic Stanley Crouch, have done much the same in their careers.

If the boot is on the other foot, as they say, it too will kick.

Where Black Music is most useful is in his essays, reviews and comments on the great musicians of his time. When he says, as a passing comment, musical technique is a way of handling emotion, he is reminding you again, even 40 years after he committed the words to a page, some people make music from their hearts and souls.

Can Ornette Coleman play as well as John Coltrane? It hardly matters if what they want to express is entirely different.

In the 200 paperback pages is a roll call of genius, most of whom Baraka knew or had seen play: Sun Ra, Thelonious Monk (whose name throughout is spelt “Thelonius”), Albert Ayler, Archie Schepp . . .

Baraka wrote about Coltrane when the man was alive (he died in 1967) so his relationship with the music and its makers was direct, not as received information from books or recordings as it is for most writers today.

Yes, he missed targets or elevated some whose subsequent careers didn’t vindicate his belief in them. But that’s in the nature of writing as things happen.

Only distance from the battlefield allows the certainties of a dispassionate overview. Baraka preferred the frontline.

He made incendiary albums of his poetry with jazz artists such as saxophonist David Murray and drummer Steve McCall. On his 1981 album, New Music-New Poetry there is a brutal, witheringly accurate skewering of the media treatment of Yippie leader Abbie Hoffman, when the former revolutionary came in from the cold: “There is no ‘last revolutionary’, media bastards ... There is no last revolutionary until the planet itself explodes, so long live the death of bourgeois clowns ...”

On the same album was a two-part piece. The title tells where this early 70s convert to Marxist-Leninist philosophy was coming from: Class Struggle in Music. Talk about your Rage Against The Machine.

Baraka’s essays are important also because it’s difficult to reach his time other than through the music itself, or the writing of the period. Sure, we can hear the music, but not how it was heard. It’s never been unfashionable to dismiss critics, reviewers or writers. But, for better or worse, they put down an opinion, at best an informed one.

Today, music writing is often simply a by-product – and in some cases the downstream effluent – of the art.

Baraka wrote about music when writing about his music was a new thing. Today, there is so much music scribbling many have lost the ability to filter and discern. We confuse a reviewer with a critic. And believe an interview – enabled by the record company with the approval of the artist – is critical commentary.

Amiri Baraka was (and is) that rare thing, a writer close to the art. And that even more rare voice in his period, a black writer interpreting a black art.

Listen, and read up. 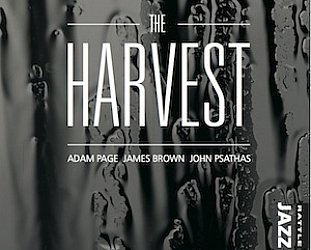 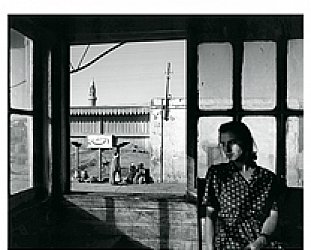 Like many people, we celebrate our wedding anniversary, usually at a decent but modestly priced local restaurant but sometimes, if we’re flush, by going away for a couple of days.... > Read more