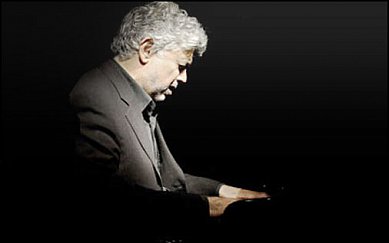 You can take the boy out of Jamaica, but you can't ... you know the rest. So maybe it should be no surprise that when jazz pianist Monty Alexander speaks, even after 40 years of living in America, those languidly drawn out vowels of his Kingston boyhood have remained intact.

Even so, this longtime New Yorker sounds more like Bob Marley coming down a phoneline than you might have imagined. And it's an auspicious day on which to speak to a man who has not only played with some of the greatest names in jazz but is an admirer of his hometown reggae prophet and recorded an excellent album, Stir It Up, of Marley songs in a jazz-reggae style. The call catches him on what would have been Marley's 57th birthday.

"Ah, Brother Bob," he says with a sigh of pleasure mixed with admiration. "Bob is not a musician only, not just a songwriter. He's a presence, one of those people that come along like a comet, an inspiration to so many people in this world.

"Being a Jamaican and having that extra connection to where the man was born I approached the whole opportunity to do his music completely from an inspiration level. He is a spiritual presence and his songs are like little hymns."

Alexander's recent reggae-inflected jazz albums - some recorded with guitarist, longtime friend and fellow Jamaican Ernest Ranglin - are yet more interesting steps for this highly prolific recording artist, who has had more than 50 albums as leader to his name since 1964.

At 57 - coincidentally, what might have been Marley's age - Alexander has had a full musical life: he knew Sinatra's Rat Pack on first name terms in the 60s and backed Sammy Davis jun and Judy Garland; has played with Dizzy Gillespie, Sonny Rollins, Miles Davis and Milt Jackson; appeared on the soundtrack to the Clint Eastwood bio-pic of Charlie Parker, Bird; and was on Natalie Cole's '91 Grammy-grabbing Unforgettable album.

And those are just the major signposts in a career which began in colonial Jamaica where he grew up in a middle-class home, had the benefits of an English-style education, and piano lessons from age six. But from an early age Alexander was attracted to the street musicians playing mento (Jamaican folk).

He listened to ska (the precursor of reggae), the blues, and the jazz of Nat "King" Cole, who was a family favourite and is still his idol. He was in awe of Cole and Louis Armstrong when they played in Kingston's Carib Theatre, and sat at the feet of visiting acts like Ray Charles.

"I just loved all kinds of music, but there was also something about the down home people. I was always hanging out with musicians, and particularly older guys. So I was able to experience the joy of sharing music, whether it be playing organ in church or jamming with a jazz combo."

His band, Monty and the Cyclones, enjoyed a string of local hits but at 17 he left for Florida and started jamming with older players. One night he was playing a Miami club when Frank Sinatra and Jilly Rizzo came in to hear a Sinatra impressionist.

Rizzo - owner of a New York club and a one-eyed immensity who was Sinatra's constant companion and most trusted insider - was an unlikely and benign Svengali. But it took two shots of serendipity.

"He noticed me and said maybe I could play in his club, but nothing happened and I didn't think anything of it. But then six months later I was playing with Art Mooney's old time dance band at the Thunderbird in Las Vegas and amazingly the same thing happened. They came in and remembered me and this time I got an airline ticket to New York to play Jilly's. It was 1963 and I was 19."

Jilly's was an exclusive hangout for Sinatra's in-crowd and while Alexander never played with the Chairman of the Board he certainly played for him plenty of times, and saw his effect on people.

"What's charisma? It's a vibration people send out and when he walked in it was like an avalanche. He was a poet with a song, but lived dangerously and hardly ever slept. While we were asleep he was awake drinking Jack Daniels and hanging out." 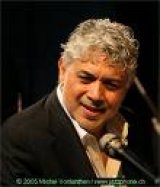 But the world of Brooks Brothers suits, loosened ties and old-school Rat Pack cool was changing. The Beatles invaded America and the music industry turned day-glo. Hippies were the new market leaders. Frank and his boys - and jazz - were marginalised.

"It hurt Frank ... Sinatra tried to wear different clothes and cut his hair different and be younger to sell records, but he was too grounded in the tradition of what this [jazz] music was about. He came from another world and this wasn't his natural environment."

As Sinatra's fortunes waned, however, Alexander was more in demand for sessions and touring. He went on the road with Milt Jackson, recorded in Britain and Europe and, by the late 70s, after a stint with Dizzy Gillespie, linked up with Gillespie's bassist Ray Brown for a series of acclaimed albums.

The roll call of names he played and worked with includes such giants as Quincy Jones, whose career reaches from trumpet lessons with Clark Terry in the 40s and Lionel Hampton's orchestra in the 50s to producing Michael Jackson in the 80s ... and beyond.

"Besides that unspoken mystical quality some people like him and Frank have, charisma that's beyond expression, Q is nice to people. The love and passion he picked up as a kid is in his bones and that's what comes out when he links with younger musicians and gets very different people together to do things like We Are the World.

"He knows how to relax and get an essence out of people and put it together. That's what Duke Ellington and Miles Davis did, and Bob Marley did with the Wailers. They have this leadership quality that is untouchable."

Alexander's own albums as a leader also have a relaxed, some might say tropical Caribbean, feel but having been through jazz's boom times and quiet periods he is critical of the scene today.

"I'm still living in the moment and the thing I had when I started I still have. But jazz became so analysed you now have academia teaching all these wonderful young people coming along. But something this music had in earlier times which gave it the richness and the vitality seems to have got mothballed. Jazz is like a museum now, everybody sounds the same.

"I was the kid hanging out with the older guys and was one of those rare few who was fortunate enough to be with Milt Jackson and Ray Brown and those guys when I was only 23. So I have that extra memory and reference in a personal and real way. I'd be there to see them tell stories and make jokes and eat together, and this music is about the relationship people have. That's what you hear when the music takes off and you get goosebumps, it's because of that unspoken thing happening between people. It didn't come out of a book or off a blackboard from a teacher who knows about chords and harmony. It draws on a deeper well."

And Alexander draws not just on a century of jazz but also a similar period of Jamaican music. But the Jamaica of his childhood, a more innocent country he says, is gone and there's a rougher edge. Bob Marley articulated the voices of the growing ghettos. Alexander returns regularly, however it is with sadness tinged with nostalgia.

"But there's a root there that is righteous and rich and I believe will steer us towards the sunshine. For me, I smell the ocean and the ackee [fruit] and fish and I'm right back in my life as a kid."

And what does the kid from Kingston think when he's in Natalie Cole's swanky New York apartment surrounded by pictures of his idol Nat "King" Cole and choosing songs for her tribute album to him?

"Oh, I'm grateful for all the good things because I didn't go to school to learn all this. There are those fleeting moments when I can't believe it - because I could be back in Jamaica and stoning mangos out of a tree."