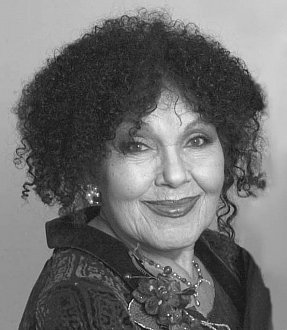 At 77 and with a career of almost six decades behind her, Cleo Laine admits she is slowing down a little. But not much.

This year she is fully booked and that includes dates in Australia and New Zealand, as far as it is possible to get from her stately home in Buckinghamshire where she lives with her husband of 46 years, John Dankworth.

Although widely recognised as a Britain’s most honoured jazz singer -- she received an OBE for services to music in 1979 and in '97 was made a Dame Commander of the British Empire -- Laine has also had a viable career in the theatre, has recorded albums of black American poetry and Shakespeare’s sonnets, has sung material by Sondheim and Pachebel, and among her numerous fans were Ella Fitzgerald, Mel Torme and Ray Charles.

Born in London as Clementine Dinah Campbell, she was desperate to get into singing.

“When I started it was not easy to get in and nobody wanted me anyway because I wasn’t considered a commercial singer, I didn’t have a commercial sound. Then I auditioned for an out-and-out jazz band in shape of the Johnny Dankworth Seven. They were very democratic so they all had to approve of me. They all did, thank goodness.

Throughout the Sixties she was the glittering star of British jazz -- her album Shakespeare and All That Jazz in '64 was a career milestone -- and on stage she was billed alongside the likes of Robert Morley and Ruth Gordon. However her success didn’t translate to America where she remained a virtual unknown until the early Seventies.

“It all came about because of touring Australia and New Zealand for the first time in the early Seventies. That was so successful that John thought we should try it in America so we got a concert organised.

“It wasn’t sold out by any means but we got such a rave review in the New York Times that six months later we were able to do Carnegie Hall. And that was sold out. People take much more notice of reviews in New York than anywhere else in the world, and from that one review we did more concerts in New York.”

A brief tour of the States followed and within a few years she was appearing regularly at the Lincoln Centre and Carnegie Hall, and was nominated for her first Grammy. She won her first with a recording of her '83 Carnegie Hall show.

She notes that while some American reviewers and critics have been less than kind to British jazz artists she has always had good reviews, and American musicians - such as Miles Davis who at one time had three British players in his band -- have always been receptive to her.

She recorded duet albums with Ray Charles and Mel Torme, received another Grammy nomination for her classical album of Schoenberg’s music, and in 91 was awarded a lifetime achievement award by the American recording industry.

These days she doesn’t get to America quite as often although still appears occasionally at the famous Blue Note in New York.

“Things cut back considerably in America after 9/11. We were in New York when that happened and were going to have a three week engagement but that was cancelled and we had to hang around because of the embargo on flying.

“It wasn’t very pleasant and I think there was only one show doing any business at all and that was The Producers.”

Laine has continued to appear in musical theatre but it is as an interpreter of songs in jazz manner for which she has been recognised. However as younger artists such as Cassandra Wilson, Patricia Barber and Norah Jones have expanded the parameters of jazz Laine’s contribution has gone somewhat overlooked.

“People tend to forget there was always someone before them, in the same way I forgot or didn’t look into my history. I think young people should look to the past and find out what happened before them.

“I used the top of my range which a lot of singers wouldn’t use. Some singers have said they didn’t use their top range until they heard me because they didn’t think it was commercial, but a lot then used it.

“Now many are not using it again but are all singing their standards in a relaxed and normal way, and I suppose I’m doing the same. I used my higher register to be noticed, and I was noticed,” she laughs.

Like many of the new generation Laine also looked beyond the jazz canon for material although she is perhaps best known for singing standards which she continues to record.

“When we tour New Zealand we’ll do some new things from our recent albums but also songs from older repertoire which we know people want to hear, they don’t want us to neglect it. But as artists we like moving on and don’t want to remain in the past.

“John and I write a lot ourselves, and there is the poetry too which we love. I know a lot of people like the Shakespeare and other poems we’ve recorded, in fact that was an important record in our career so we wouldn’t neglect that.

“We have added a lot more of Shakespeare sonnets to those ones we did originally, and you can’t wish for a better lyricist than him.”

Laine and Dankworth are also behind charities which bring music education to young players and at their home in Wavendon they have a 450 state-of-the-art performance theatre for fund-raising concerts, and where young musicians can learn and perform alongside members of Dankworth’s bands. They host almost 200 concerts a year and their Wavendon Foundation funds education programmes.

“Music has always been tough. When I started I would have sung with anybody, I wasn’t fussy then. Now I am, of course.

“I don’t even know that’s a viable career option today. Maybe people should go into accountancy or brain surgery. Oh, people make a career in music, but it’s hard and one has to have staying power.

“But also one has to have talent. In the end there’s no getting away from that.” 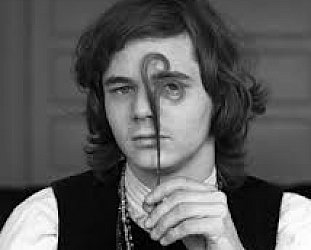