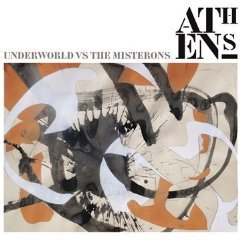 This might not be what some would expect from the techno stars Underworld, but this excellent compilation serves a number of purposes outside of being fascinating in its own right.

It is a collection of some of their favouite tracks from the more meditative end of the musical spectrum so has a kind of neo-ambient, avant-jazz flavour, and also allows a new audience to hear for the first time Alice Coltrane, guitarist John McLaughlin's Mahavishnu Orchesta, early Roxy Music, Soft Machine, jazz bassist Miroslav Vitous and others.

And it will remind older heads what extraordinary music some of this (much of it from the Sixties and Seventies) is.

It opens with Alice Coltrane's gorgeous, Indian-influenced Journey to Satchidanada (turn off your mind, relax and float downsteam?), moves into one of the best and most considered pieces by the Mahavishnu Orchestra (You Know, You Know which finds them in an introspective mood, not flat-tack guitar pyrotechnics) then on to Squarepusher's slightly disco-funky Theme From Sprite.

After Soft Machine's slinky Penny Hitch, the pace picks up a little with Roxy Music's languid ballad 2HB (from their debut album, with Brian Eno) and slides into one of the album's finest pieces, Space Odyssey by Detroit Experiment which Carl Craig's jazz outfit.

There is low-level soul-funk from Moodyman on Rectify, wide-screen electro-beats by Osunlade on The Promise and Afrofunk from Laurent Garnier.

Underworld themselves (Karl Hyde and Rick Smith) appear twice: with their own groove-oriented sax-coloured Oh, and Hyde with Eno on the jazz fusion-spoken word of Beebop Hurry.

So, a fascinating compilation on many levels: as a primer and history lesson; an insight into the secret life of Underworld; and a reminder that great music will always stand a re-hearing. 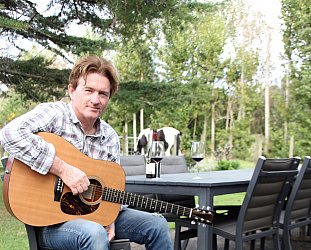