Even longtime jazz listeners would be forgiven for not recognising the name of New Zealand-born double bassist Jonathan Zwartz. He left this country for Australia in the early Eighties, studied in the US while playing alongside the likes of Rufus Reid, and returned to Sydney a couple of decades ago.

He can tick off playing with Pharoah Sanders, Branford Marsalis, the Laine-Dankworth ensemble, most of the jazz illuminati of Australia (Bernie McGann, James Morrison, Vince Jones) and many more besides.

That said, the only album I have which features him is the self-titled vinyl by The Umbrellas, a band lead by pianist Peter Dasent, recorded in Sydney in the mid 80s.

So if there is a jazz radar in operation, for most in this country Zwartz is not only below it but probably standing on another planet.

It is noted he has taken 20 years to do an album under his own name and the Bondi Beach dweller appropriately entitles it The Sea because there is an ebb and flow to his eight compositions which swell up with soft Latin shuffles, retreat with some beautiful sounds close to classic Miles Davis of the Fifties, and elsewhere has a kind of intelligent and atmospheric ambient quality, much as you might enjoy on a late summer afternoon watching the waves roll in.

None of them would be household names in this country either.

The sessions -- which Zwartz also produced -- were recorded live and quiet in the studio, and there is an undeniable warmth to the result.

The piece Chester conjures up the spirit of Davis and the most romantic of ECM atmospherics in the breathy work by Slater while beneath pianist McAll offers gentle currents and lightly percussive comping before embarking on a spare and romantic solo.

Traveling Song has a light blues’n’swing touch; Hummingbird gets the cool Brazilian beats working over DeVries’ bossa guitar groove and Zwartz’s firm bass before shifting up a notch; and Musica Para Meu Pai is for when the sun is setting on a still sea, light jazz but not jazz-lite. 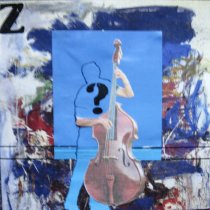 There is consistently fine playing everywhere here and such is Zwartz’s democratic spirit that you might think the album belongs to the pianist or trumpeter. Zwartz doesn’t hog any space for solo work but lets this music breathe and speak for itself.

His compositions are diverse but form a coherent whole here, and the title piece which starts things off is an especially engrossing work which opens with a slightly disconcerting bass figure (reminiscent of trumpeter Jon Hassell's style actually) and McAll’s piano chiming in from an angle. Then Slater enters (again, breathy like Hassell) before the piece takes on a firm and slightly romantic character. If you heard it on a blindfold test you might guess it would be entitled something like “the sea”.

So, impressive from the first notes.

Given how little is known about Zwartz in this country it hardly matters that this album has only now had a belated release here. It came out in Australia a year ago to consistently favourable reviews (“a stunningly intimate album,” said the Daily Telegraph) but has now been picked up by Jayrem out of Masterton.

And given also it has taken Zwartz a couple of decades to record a debut album we might also be able to say, quite fairly on both counts, “it was well worth the wait.”

Where can I get that album? - great stuff! 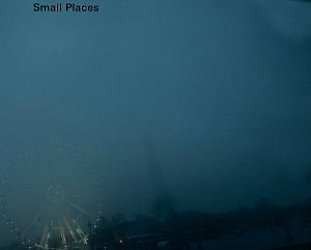