Sometimes reviewers find words lifted from their articles as a banner for promotion.

I guess that’s called turning a negative into a positive.

Sometimes, however, the sentence appears in full and so you are inclined to believe it without resorting to an internet search for verification.

When I saw a sentence from the UK alt.music magazine The Wire describe English saxophonist/composer Chris Bowden’s new album l took it at face value. l'd heard the album and figured whoever wrote it was on the same wavelength as me.

And it's always comforting to have a critic agree with you; it means you were both right and they are an excellent critic -- right up until you disagree with them. Then they’re hopeless.

The Wire’s sentence headed the slight promo sheet which accompanied Bowden’s latest album, Slightly Askew. It read: “Anyone who thinks ‘jazz’ is a dirty word should be forced to listen to Chris Bowden, he is jazz for the next generation.”

Actually, l’d disagree with a couple of things there: no one should be forced to listen to any kind of music (God forbid we should have fascists who believe music is somehow inherently morally uplifting or good for you), and that he is jazz for the “next generation”.

In the best of all possible worlds he is jazz for any generation. 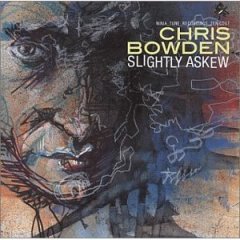 For example the massive, occasionally abrasive and woozy opener on Slightly Askew, the lengthy Only Angst, sounds in places as if some of Count Basie's band had dropped by a funky, free-jazz New York nightclub and -- after a few drinks and what George Harrison so charmingly called “jazz cigarettes" -- had decided to sit in.

The following track, 19 swirling minutes of Crockers and Killers, might open with a gorgeously airy soulful vocal by Liz Parkes, but busts out into swing of the old style before dissolving into what a 70s rock guitarist might have called a “wig-out’ before resuscitating itself into horn-driven funk with a wittering flute.

Thoroughly cool, and not a little challenging.

There’s much more to Bowden’s album, even if there are only four angular, unpredictable and muscular tracks. But each spins off in various directions, are sometimes punctuated by samples, and you can hear why people have likened Bowden’s arrangements to those by Gil Evans (except, you should be warned, by an Evans with a totally different musical upbringing).

Bowden doesn’t record under his own name that often - his last album was Time Capsule back in 1996 - but has been around the margins, and sometimes at centrestage, in UK jazz for a long time.

He is a producer and arranger, has worked on drum'n'bass projects, toured with American funk artists (he really pulls out those funky roots in Slightly Askew's closer W’p De f’n’ doo‘), and has played with Basement Jaxx and Herbaliser.

Out of that diverse background he carves these four epic tracks (average length a diverting 19 minutes) which in places remind of a less harmolodic treatment of Ornette Coleman's heavily orchestrated Skies of America.

Other crtics have pointed to the Art Ensemble Of Chicago but that reference sits slightly uncomfortably, this is much less free than their exploratory work.

Slightly Askew? More than that at times, but in a dull year for jazz this is a major discovery. And jazz for any generation I think.

The Guardian reviewer gave it his first five stars rating this year.

A critic right on the money, and someone it’s impossible to disagree with . . . until he gets it way wrong. 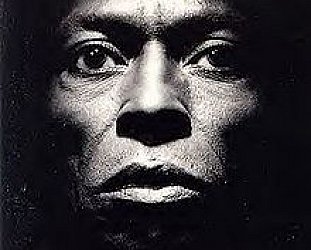