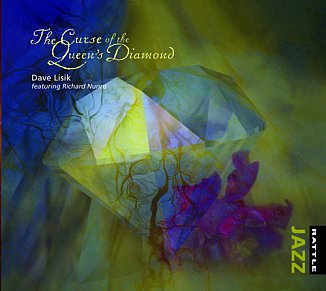 Yet another fine addition to the Rattle Jazz imprint, this beautifully packaged album by Canadian-born, New Zealand-based trumpeter Lisik (and others) explores that profitable margin between chamber jazz and classical music.

And in that he has unimpeachable assistance; Amy Rempel is on piano and her improvisations are at the heart here, bass clarinettist Colin Hemmingsen has always played in jazz ensembles as well as the NZSO, and bassist Paul Dyne equally works in both camps.

The other discreet and essential ingredient in these often tightly intimate pieces is Richard Nunns on taonga puoro (traditional Maori instruments) who has also worked in different genres, so the result is music which also has a sometimes eerily exotic quality.

And that befits this project nominally inspired by the legend surrounded the precious diamond currently in the British Crown and which is known as Koh-i-Noor. It's said that whoever owns this massive diamond rules the world, but of course there are curses which come with it and its ownership has often been a sore point in India where the jewel was originally in the possession of the Mogul kings.

This myth however hardly informs the music -- it doesn't sound "Indian" -- but rather the musicians gently explore soulful, sometimes stately melodic lines which are woven together in a series of 12 often weightless pieces.

There are slow journeys into some (the beautiful Early Development where the trumpet seems to call from afar), others spring to life brightly (the skittering piano driving the frantic mood of In Hiding). Call for Help has all the melancholy mood of a delightful 2am ballad, and Echoes has an almost pastoral feel . . . although the trumpet and clarinet bring urgent breezes.

The eight minute Closing at the end is an outstanding, quietly evolving improvisation emerging over a sonic bed from purerehua (bull roarer).

Lisik and Rempel have long and interesting careers behind them (and also a sense of humor when it comes to titles for his music, see here) and this album brings that experience into a local context while finding that musical niche between genres where all is possible and permissible.

Lisik's piece really swings in the capable hands of the Quartet. As strong and satisfying as my morning coffee or an evening run.