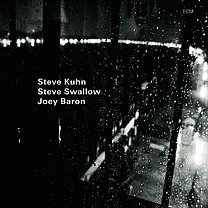 Elegance in piano playing is usually the description reserved for the exclusive use of reviewers about Bill Evans, but here Steve Kuhn makes a strong claim on thoughtful pieces such as the title track, Romance and the lovely Pastorale where (I am guessing, my CD came with no cover) bassist Steve Swallow plays a soft and enticing guitar-like melody.

In fact, if it weren't for Joey Baron's geometric and impulsive/propulsive drumming in places, much of this album might have come from the late Fifties/earlySixties at that interface of melodic piano trio balladry and hard bop.

As with so many of the great piano trios -- where intuitive understanding is obligatory -- these players have known each other for decades. Kuhn and Swallow go back to the Sixties themselves (when they were in Art Farmer's band whose tune is the title track here), and Baron and Kuhn played together on the more recent Mostly Coltrane album which was acclaimed at Elsewhere three years ago here.

The surprising thing is then, this is the first time this particular trio has recorded together, and -- with Kuhn being 74 -- you have to wonder what took them so long.

The result are often quietly spectacular and certainly enticing. Consider the understatement on the delightful Morning Dew which swings like a New York clubland scene in '62 when Sammy Davis Jnr and others of the cooler-than-thou school are in the room.

Incidentally, Baron was on this session the same week as he worked with guitarist John Abercrombie on the equally elegant Within a Song.

Kuhn explores some of his earlier compositions (notably Adagio, Pastorale and Promises Kept which he previously recorded with strings) but in this company everything come up fresh and sounding like a newly minted classic album.

Like the sound of this? Then start your further listening here. 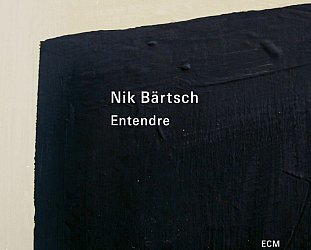 Swiss pianist Nik Bärtsch has passed our way previously with his electric group Ronin whose Llyria album was in our best of Elsewhere list in 2010. And three years later we... > Read more 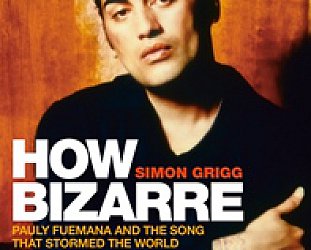 The first time I heard OMC's massive hit How Bizarre outside of New Zealand was in Tokyo, the second time I caught the clip on MTV Europe while I was in an Amsterdam hotel gearing up to go and... > Read more