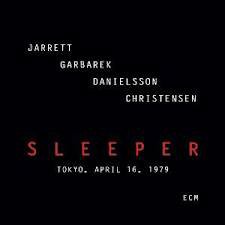 By my exceptionally crude count, pianist Keith Jarrett's name (as leader of a group or solo) is on at least 65 albums -- and some, indeed many, of those are double albums, triple sets or large boxes.

I guess saxophonist Jan Garbarek wouldn't be too far behind (although he generally limits hmself to single discs) and bassist Palle Danielsson and drummer Jon Christensen are no slouches when it comes to recording.

This double disc recorded live in Tokyo in '79 -- which would have been at least triple vinyl had it been released at the time -- captures one of Jarrett's classic early line-ups, the group known as his European Quartet, in a superb performance where they explore folk melodies and odd percussive effects on the standout Oasis (Garbarek on wooden flute) which runs for a never dull 28 minutes and takes the listener through a world music journey of fascinating subtlety.

This was almost the last hurrah for this supergroup (they disbanded later the same year) but came at a time when each player's reputation was assured, Jarrett and Garbarek had loyal followers, and the call of daring improvisation was rarely higher.

There are bluesy elements in places (Jarrett on Chant of the Soil beneath Garbarek's sax which comes on like an annoying but tuneful mosquito) but also Latin flourishes (Personal Mountains) and even a little joyous, Rollins-influenced calypso on the encore New Dance.

And given the often frosty tone which Garbarek can bring to his playing, here he boils with warm enthusiasm and emotional empathy (on the ballad Innocence) in the company of equals.

Yes, there must be Jarrett and Garbarek fatigue out there, but this recording captured them both at a career high and is a rare entry in the catalogue of Jarrett's European Quartet which, on the evidence here, went woefully under-represented on record/disc.

If you feel you have filled your quota of recent Jarrett and his interpretations of standards, this is the album to come back for.

It was a very good year for these players and here, finally, is further evidence. 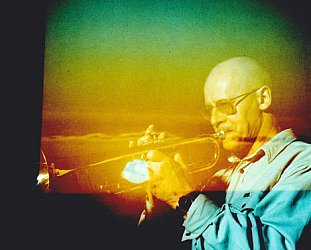