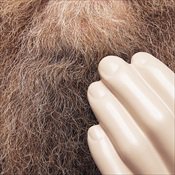 Among the many reasons to pay attention to, and respect, British pianist Cowley is this: a few years back for a tribute record to the Beatles' "White Album" he did a version of . . . . Revolution 9.

Now those who know that tape slice-up piece might be laughing about now and throwing the word "impossible" into the ether.

But if you care to listen to it, here it is.

But in the more real world, Cowley is one of the pre-eminent British jazz artists of his generation and in the past we've been intermittently impressed by him.

This new album -- released a couple of months ago I understand, but who's in a rush for jazz? -- finds him at his best when it comes to almost emotionally exasperating and chest-grabbing tension-release (Sparkling) as well as offering delightfully off-kilter ballads (Gang of One, Bryce which is especially beautiful).

MIssion is a brooding film-noir piece and alludes back to Cowley's previous work in this area . . . but with more gravitas in its elemental darkness.

Neil Cowley has been around long enough to be considered as a mid-career artist (which presumes longevity of life and work), but for the first time I get the impression he has made a real leap ahead in terms of space in his playing, less of a desire to impress and being the better for that, and writing pieces (like the distinctive Queen here which could be orchestraed or solo) that have real depth.

If piano jazz from someone coming at angle is your thing, this is one is really worth investing in. The Art at the end closes the deal. 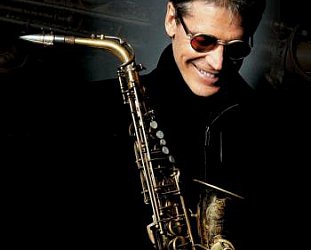 A little over three years ago an American magazine profiled alto saxophonist David Sanborn and included a selected discography. It made terrifyingly impressive reading. Aside from almost a dozen... > Read more