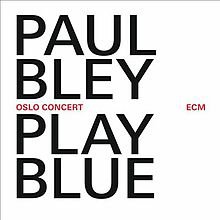 It seems absurd to say it -- but others have -- that this solo concert in Oslo by pianist Paul Bley is a career highlight.

But this astonishing tour-de-force finds him freely improvising in a way that is filled with daring runs, endlessly melodic extrapolations from the smallest of ideas and a muscularity leavened by an intuitive sense of spacial architecture that is quite thrilling.

Halfway through the 17 minute opening piece Far North he gently takes the mood down from wrestling out rippling runs into the most spare pointillism before letting cascades of notes flow through him and hiking the piece up another notch.

At one moment he can be as sensitive as Bill Evans, at another like the young and adventurous Keith Jarrett and another Cecil Taylor at his most pugilistic . . . but he always sounds like himself, a man for whom the keyboard is wide open with possibilities.

The final piece is a jaunty and playful take on Sonny Rollins' Pent-Up House . . . but to get to that jigsaw puzzle of notes and crashing chords you have been taken on a journey where Bley never once falls back on a cliche, looks for a soft option or tries to find an easy way out.

This is improvised and restlessly inventive piano playing on the highest plane. 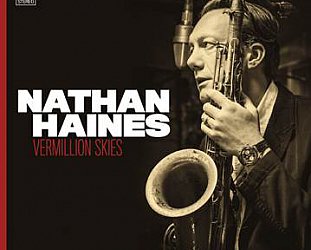