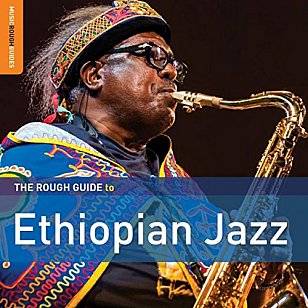 This is certainly jazz from elsewhere.

As with so many countries in the colonial period and into the early days of independence (before local bullies hijacked the government or invaders from outside did the same), Ethiopia once had a flourish and distinctive jazz scene.

Duke Ellington on one of his music-cum-diplomatic missions for the US State Department played in Addis Abba in '73 . . . and by his side was the local legend Mulatu Astatke who had studied at Berklee before returning home.

Astatke has, in the past decade, been widely recognised as a unique innovator and has once again brought Ethio-jazz into the public domain, notably with his acolytes in the Heliocentrics band.

The well-known Ethiopiques series of CD releases also brought to attention this music from the late Sixties up to the Soviet-backed military coup overthrew the government in '74.

This easily accessible collection (which pulls from Astatke albums and the Ethiopiques series among others) offers a useful nine-track sampler and introduction to the genre . . . and is extremely persuasive with material like the moody Origin of Man by the Budos Band (contemporary Americans on the Daptone label) or the exotica of Ambassel by Getatchew Mekuria.

So alongside the originators are the faithful followers. But the big picture is of a style of jazz improvisation grounded in gently rocking rhythms, a steady pulse from piano and bass, and saxophones or guitars which never quite sound like the American models but bring a distinctive sound from Eastern African.