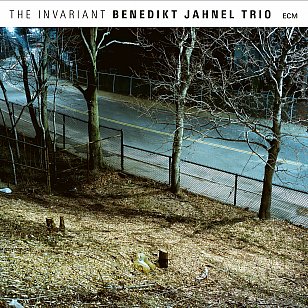 One of the chief features of artists on the ECM roster is how they move about, hooking up with like minds for an album or maybe two, the chairs being shuffled to allow artists to refresh and renew themselves in the company of others.

In that regard the Benedikt Jahnel Trio is almost an oddity. This year they – Berlin-based pianist Jahnel, Canadian drummer Owen Howard and Spanish bassist Antonio Miguel – celebrate 10 years together.

Which doubtless accounts for the ease of interaction at the heart of these eight pieces, many of which had been road-tested and revised before they went into Rainbow Studio in Oslo with, as always, producer Manfred Eicher at the desk.

That aforementioned ease also comes about because this trio knows how to swing gently but with depth, as on The Circuit with its romantic intonations in the melodic lines delivered by Jahnel and Miguel.

But they are equally at home on the thoughtful, gorgeous ballad En passant at the end where the piano melody sounds effortless and comes with folk intonations, while Miguel's solo hints at darker moods. The angular ballad Mono Lake at the centre of the album is an elusive piece, the harmonics shifting like the water the title suggests.

The longest piece, the nine and a half-minute Mirrors opens with melancholy portentousness but evolves, through a subtle softening and space, into a luminescent ballad which suggests constraint and not a lot of improvisation in its measured approach.

Drummer Howard is an interesting player: He cleverly shifts accentuation, sometimes nicks in between where you think he might be and constantly stirs the lively and constantly morphing Part of the Game.

There is heart and soul here, but also gentle wit (Part of the Game, and the slow For the Encore comes three from the end) and provocation (Interpolation One).

The piano trio is one of the pillars of jazz and here the Jahnel group neither hit the overly academic and intense, nor the formulaic, crowd-pleasing swing+a ballad for good measure.

Rather they embrace many opportunities with an enjoyable equanimity and bring this one home in a way which is pleasurable and often thought-provokingly unexpected.