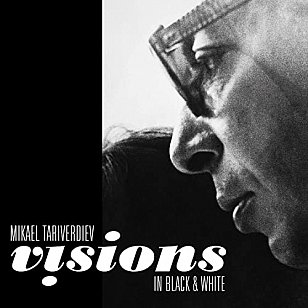 Hardy a household name, probably not even in his native Russia these days, pianist/composer Mikael Tariverdiev – who died in '96 – was a prolific composer of classical music.

But he also wrote soundtracks for numerous Russian films and television series.

According to his wife Vera who had boxes of her husband's tapes stored in their apartment, he told her many times he didn't like jazz . . . and then she heard some of his music from Sixties and early Seventies on the old tapes.

Jazz had long been anathema in the old Soviet Union where it was regarded as decadent and counter-revolutionary music (or worse, an American idiom) but Tariverdiev could slip in improvised music onto his soundtracks.

When Vera found some of these pieces while rummaging through a closet she realized her husband had not only been fond of jazz and had been a remarkable player but “he'd simply forgotten about it . . . he seemed to have developed the necessary response and moved on”.

“Jazz was no more than one stopover on his journey.”

You certainly wish he'd lingered longer because these 14 diverse pieces from driving post-bop swing with various groups (uncredited on the CD edition sent to Elsewhere) through ballads and melancholy improvisations are quite exceptional . . . and not just because they come from a previously unknown source.

Tariverdiev could write and play something as joyfully bright and swinging as the delightfully brief Sunlit Pavement, or as grounded in a steamy New York club in '63 as Black and White where the saxophonist pokes his instrument to the ceiling smoke, or as poised as Sunday with its hints of romanticism and melancholy in equal measure.

Some of these – perhaps by virtue of being incidental music – are very short, but from the proto trip-hop of the six minute opener Playing Together (which anticipates St Germain's Rose Rouge by three decades) through the miniatures to All This Jazz which folds right back to that opener, this is quite a discovery.

This album is available on CD, limited edition vinyl and can be heard on Spotify here