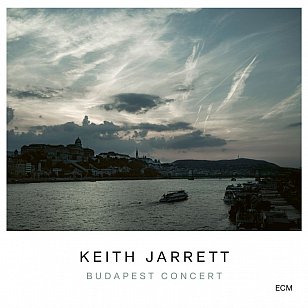 At 75, the man whom some would say was among the top five improvising pianists in the last quarter of the 20th century (and the first decade of this) has faced terrible health issues in the past.

More than 20 years ago he started suffering from chronic fatigue syndrome and was forced to radically rethink his career and approach to his instrument. It lead to his beautiful, spare The Melody, At Night With You in which the signature improvisation was kept to a minimum in reflective standards.

And then he returned to the concert stage for solo appearances and with his trio.

However Jarrett suffered two strokes in 2018 which has seen him paralysed down the left side of his body and he expects he will not longer be able to play.

That said, his longtime label ECM has frequently recorded his concerts – Jarrett's list of live albums is legion – and this double album comes from his 2016 European solo tour (a Munich 2016 album preceded this a few years ago).

The pieces are simply named as Parts I to XII, the final one being subtitled Blues, which opens as simple but hardly exciting walking blues drawing hoots of delight from some in the audiencebut  then opens out to tap the rich history of the idiom.

Taken as a whole this album has the form of something like a suite which opens with a 14 minute-plus muscular stretch and then an improvisation which is spare and meditative in the almost holy second movement.

And there, in the first 20 minutes, we have the musical and emotional breadth of Jarrett.

There are – as was his wont after 2000 – sublime passages of quietude as on Part VII. And the melancholy Part V especially, yet another Jarrett improvisation which sounds like it is waiting for Jerome Kern, Ira Gershwin or Johnny Mercer to write the lyrics.

And of course there are some sprightly improvisations woven through (Part VI, the algebraic part IX and the inclement weather evoked on X).

But the most emotionally engaging pieces are those more reflective ones and the encore of two ballad standards, It's a Lonesome Old Town (which he also played in Munich) and a wonderfully thoughtful and mostly faithful Answer Me.

This will not be the last album we have from Keith Jarrett, but we might guess that from now on they will be archival live concerts or unreleased studio sessions which will come with the knowledge that -- whatever we might have made of his excesses and indulgences, and there was certainly that sometimes -- he was one of the greatest of contemporary, improvising pianists . . . who will now play no more.

What could be sadder than that?

And perhaps that knowledge is why – although we admire the technical and intellectual invention of the more athletic playing here – it is the reflective pieces which engage the heart and soul more.

Elsewhere has reviewed a considerable number of albums by Keith Jarrett over the years. See here.