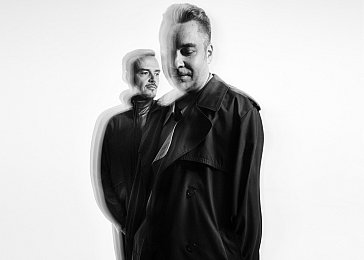 A man walks into a record store . . . and that is his first mistake.

My excuse was to buy the new Crowded House album on vinyl (always curious to hear what those Finns are up to) and ending up with even more Fins . . . a single album and a double live by the free jazz duo of saxophonist Timo Lassy and drummer Teppo Makynen from Helsinki. Also on handsome vinyl.

It was a costly 20 minutes.

Previous experience of such a spare musical line-up would probably act as some kind of red flag to some, however Lassy has excellent prior form with his own band and the Five Corners Quintet, and has remained closer to hard bop than wide-ranging and sometimes undisciplined free jazz like some of his contemporaries.

(However, we do love some of that stuff, especially what has been appearing on the idiosyncratic 577 Records out of New York). Now in his late Forties, Lassy has clocked up quite a number of jazz nominations and awards in his homeland.

His longtime companion Makynen was also in the Five Corners Quintet and had been a producer, DJ and jazz educator in addition to accruing considerable playing experience and recording. His gift is that he is a highly melodic drummer as capable of subtlety as driving rhythms.

Alongside Lassy he is an excellent foil and forceful presence when required, but equally adept at pulling right back when the saxophonist plays slow and deep.

The albums I somewhat accidentally picked up – on the suggestion of someone in the store whose taste I respect – were a package with the 2019 self-titled studio album and a new double live collection of recordings in 2019-2020 on the wejazz label. 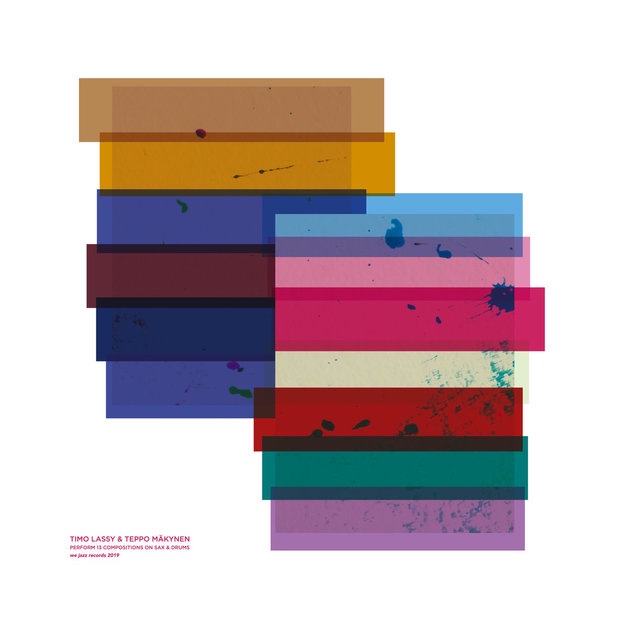 The self-titled single album is a clever piece of tracking in that it opens with melodic and approachable short pieces like the gently swinging, late Fifties piece Goldenrod and the more biting Liberty Part 1 and slowly seduces you into more challenging explorations around the midpoint (the spare and quirky Resolution Blue, the strident fury of Liberty Part 2) before moving through an abstract soundscape (Aero), making canny allusions to global influences (the bouncy Telemagenta) and minimalism (Nyanza, Dark Cyan which DJs might want to check out for a sample) then returning you home after the journey with the warm Heliotrope.

This is a wonderfully approachable, enjoyable and diverse album on which few of the 13 pieces breach the three-minute mark but each engages in its own way.

The double live is something else of course. Here the duo take their time to explore some of those pieces at length (Liberty at 14 minute, Telemagenta at nine).

But again there is very astute programming here opening with that gentle Fallow, pushing just a little with the darker and slightly more funky tones of Zomp then into the tour de forcefulness of Liberty which opens deceptively quiet and lean but builds steadily into hard bop and free jazz fury with shouts then winds down with a quiet denouement which segues neatly into Hypno (although that requires turning the record over).

In many respects – through economy, space, melody, and the intuitive relationship between the two players which is supportive rather than provocative, the Timo Lassy and Teppo Makynen duo deliver the easy and accessible end of such improvised music.

This rarely comes out to bludgeon or force its audience into cowering in a corner as is sometimes the case with free jazz (we leave that to some of those 577 players).

But that denies it nothing in terms of being innovative, improvised music.

These and other such albums can be found at Southbound Records, Auckland where they have an extraordinary selection of contemporary jazz from Europe, Scandinavia, Britain and the US. Ask for Troy, he hasn't put me wrong yet.