Many many years ago, I interviewed the British musician Thomas Dolby who had enjoyed a big hit with She Blinded Me With Science in '82. It was notable for having spoken word samples from the well-known and somewhat eccentric scientist Magnus Pyke on it.

It was almost a gimmick hit, but Dolby struck me as a real smart cookie. (I was right, today he's a professor at John Hopkins Uni in Baltimore). I was interviewing him much later however ('88-'89 I guess) about his album Aliens Ate My Buick, parts of which I liked very much, especially the sci-fi cover.

But to this day there is only one part of that lengthy conversation I remember.

He was by that time living in Los Angeles and I asked him why he'd left Britain so quickly. As soon as he could, it seemed.

He said something along these lines: there was a fundamental difference between Britain and the States for a performer. In the UK people expected Morrissey to miserable at home and Elvis Costello to be permanently angry. Brits assumed and expected the artist and the stage persona were the same . . . that's why people had asked him science questions.

In the US he said, no one expected Alice Cooper to go home and behead babies.

It's a good point, and over the years I would encounter my own preconceptions in that regard.

I learned very quickly it was wrong to assume the “I” in any song was the voice of the writer, that some of the best songwriters could stand outside of themselves, and that people like Richard Thompson (who often sounded a misery guts in his music) was actually a very funny guy on the two occasions we met, and has been in subsequent phone interviews.

I learned that hippie Donovan was actually all about the business and pushing his career and profile forward, Don McLean (of the lovely “starry starry night”) seemed a bitter and resentful man . . . and that people like Davis Bowie, Costello, Glenn Frey of the Eagles and jazz trumpeter Wynton Marsalis were witty, friendly, frequently self-deprecating and quite easy-going. 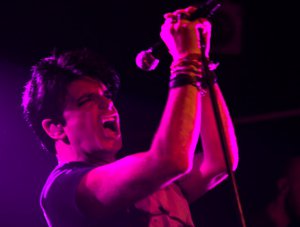 Among the most surprising interviews recently however has been Gary Numan who was remarkably candid about his life, marriage and music.

Did I somehow expect to him be as cold and as aloof as his early music? Sadly yes, and nothing could have been further from the truth.

But it wasn't the guy who laughed about loving the weather in LA or how well the kids had adapted that I went to see in performance (although in the back of my mind he was till there).

I went to see Gary Numan the centre-piece of formerly clinical electro-pop and now purveyor of widescreen beats delivered with static and heavy industry intensity. I went for the show business, not the man. 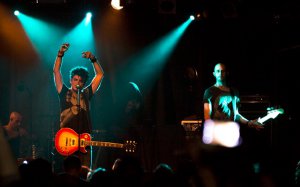 It was an impeccably paced and tightly scripted show – 75 minutes, a 15 minute encore – and he was backed by a band you'd pay money to see on their own: essentially a power trio of three skinheads plus a bearded longhair in a hoodie on synth who might have wandered in for a Jamiroquai session. Taken together they were astonishing.

Their muscular discipline – not to mention chest-thumping volume – was the hallmark of the night. It seemed a pity Numan's vocals were often mixed too low, but from the openers – Resurrection, and I Am Dust off his new album Splinter; Songs from a Broken Mind – he signaled this was going to be a performance without compromise.

The new song Everything Comes Down To This (also from Splinter) was delivered with skyscraper shifting intensity and there was barely a let-up until a middle bracket when he dipped deep into his back-catalogue for Down in the Park, followed it with a toughened up treatment of his aching ballad Lost (from Splinter) and then again went to his backpages for Cars.

In our interview he said the older songs he chose for his set were ones which could be muscled up to fit alongside the new material. While that was true, there is a clear schism between the classic material and new songs.

The older songs are much more melodic, the new ones rely more on explosive dynamics, the pummeling rhythms and a dead serious intensity. 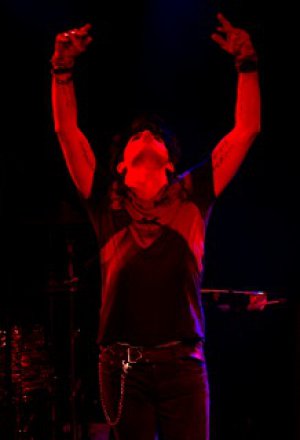 As a performer Numan was sometimes more goth Gary Glitter than the detached early persona, and his moments with guitar were akin to Elvis, the thing was a prop more than an integral part of the sound. None of that mattered as the Panzers of sound rolled on, and he also doesn't let himself be trapped behind keyboards. He's mostly out front, doing the business.

In performances like this there is always the moment everyone waits for.

Here it came -- as expected -- as part of the first encore, a stripped back version of Are Friends Electric? in which his part was closer to a spoken word performance as the crowd called back the “oo-OO, oo-OO” to him.

The nagging riff was still there, but very subdued.

And then, with a brooding My Last Day (which also ends Splinter), he was gone with a wave and a smile. The crowd wanted more, but the show business had been done to everyone's satisfaction. 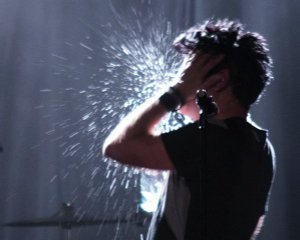 In many ways Gary Numan is an original, albeit channeling mannerist aspects of early and Low-era Bowie through Peter Cook's hilarious interpretation of automaton musicians in the '68 comedy Bedazzled. But these days he is also the sum of those he has influenced, notably Nine Inch Nails.

It makes for a powerful, only occasionally self-referential show which suits the 21st century better than the music and performance of some of his peers who simply, if enjoyably, recycle their past for collective approval.

Gary Numan is still up for the challenge, and also knows what it is he needs do once he's put on the kohl.

When he and his wife arrived in New Zealand they went straight down to Hobbiton then had a quiet dinner.

There is an interview with Gary Numan here. 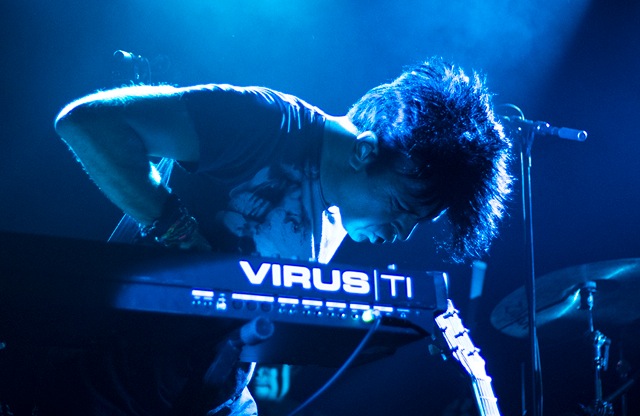 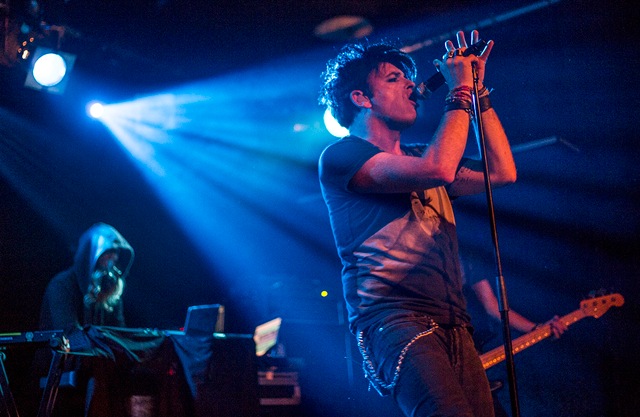 Yep, the memory of the concert will stay with me for a long time, I just hope the ringing in my ears doesn't! Great review for a fantastic concert.

This was the best indoor concert I have ever been to, and I have been to many. The sound was massive to say the least, loud without distorting too much. What an amazing band to back up an amazing artist.
New album is just brilliant.
Can't wait till he returns. Thanks Gary for an awesome night.

Great review Graham. Just a total bastard to have missed the concert. I went to a great album launch gig for a new Devo band LAKES at Tiny Triumphs last evening. Two young lads Toby and Liam were absolutely great. Keep an ear out... 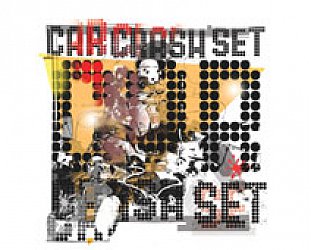