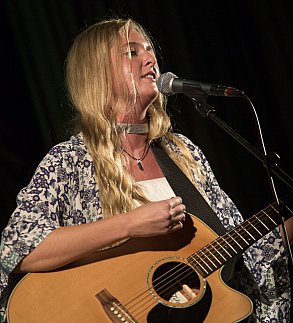 In the many decades before television, people would dress up and go to the movies, and so there were cinemas in most small towns, and in the suburbs of major cities.

In Auckland up until the mid Sixties there were a dozen movie theatres on, and immediately around, Queen Street.

Today only three remain: the Classic (now a comedy club), the abandoned St James and of course the mighty Civic, that grande dame of picture palaces which – as recently as 25 years ago – some were saying should be demolished.

In the city's suburbs you can see where movie theatres used to be, but most are now converted for some other purpose : food halls, video stores, bars and so on. A few remain as cinemas: the Lido in Epsom, the Hollywood in Avondale, the Bridgeway and Victoria on the North Shore, the Capitol on Dominion Rd and . . . My favourite from childhood – because it was in short cycling distance from my home – the Crystal Palace on Mt Eden Rd, the place where as a pre-teen I would stand for God Save the Queen, then watch newsreels, serials like The Lone Ranger and films (The Endless Summer, Spartacus and so on).

A few of these cinemas have been used as music venues. One of my sons' bands played at the Capitol before some cult movie, the former Ambassador in Pt Chevalier had bands like An Emerald City, and recently Tiny Ruins played the Crystal Palace. A movie theatre is an excellent venue for a sit-down concert: all the seats face in the same direction, there is no bar distraction (certainly not at McDell's family-friendly concert), the floor is sloping to everyone can see and the sound comes out naturally from the focal point at the front . . . in the case of the 700 seat Crystal Palace – which is way, way bigger than I remember it from childhood – from beneath an elegant arch decorated with scallop shell plasterwork.

It was certainly the ideal venue for Jamie McDell and her young audience. For far too long – especially when the cooler-than-thou indie-rock scene held sway in the Eighties – New Zealanders were reluctant to embrace or even acknowledge pop music.

It was considered something of a lesser life form, it was held to be something vacuous, disposable and probably easy to do (although in the two latter cases that argument doesn't stack up at all).

The past couple of decades have been different: pop was acknowledged to be enjoyable (surprise?), and success in the charts something to be feted.

Of course some pop – that made by indie artists and older icons – is still considered more worthy than others, and my reading of it is that Jamie McDell's successful pop career isn't one being embraced by too many critics, reviewers and those in the music industry.

To them she just seems too nice'n'wholesome, and her sometimes-country music invites comparisons with Taylor Swift.

The first is undoubtedly true, the latter however spurious.

Swift is now five albums into her career and McDell only two . . . but the growth between McDell's debut Six Strings and A Sailboat and her more recent Ask Me Anything is quite marked, notably because of her work with producer Stuart Crichton who bought little more sonic bite to the latter.

Unfortunately that didn't come through at this concert where too often her songs – often quite discrete on record – blurred into each other.

What McDell seems to lack in her still-small catalogue are a couple of crowd-rousing rock songs which break the mould of acoustic-framed pop-rock. A song like Crash which sounds so brittle on Ask Me Anything was lost in the homogeneous mood, and in many of her more uptempo songs her voice was weak to the point of inaudibility in the verses and only came through on the more pushed-out choruses.

Ironically therefore, it was her sitdown solo set (“I call it Jamie's room . . . because it feels like we're mates”) which found her at her most impressive.

The intimacy of her performance and the story about a friend Martine who couldn't hear that she was pretty (McDell could hardly tell a convincing story in which she was the one who didn't feel pretty) meant these songs had a personality that some of her other deliveries lacked.

And in a lovely gesture she picked out a song sent in by fans Emily and Allanah and sang that too. When she sang without her guitar later on she seemed uncomfortable, and that certainly needs to be addressed because as much as her instrument is necessary it also restricts her stage movements. She needs to reach out beyond the first few rows because, when the songs blur, they don't travel to the back of a large space like the Crystal Palace where there were perhaps 550-600 in that cavernous space.

My guess is if you took out every accompanying adult from McDell's audience the average age would have been somewhere around 12.

Yet McDell's lyrics are often pitched at a higher emotional and life experience level than these very young people, although to them songs like You'll Never Take That Away, Dumb and Back of My Mind (which owes more to Jimmy Buffet than Taylor Swift) probably sound like songs of empowerment and teenage sophistication and heartaches to come.

And telling a story about being asked at 18 what she wanted to be in five years would speak directly to those slightly older in the crowd who've endured that same question, and her song Five Years From Now – country rock and capturing something of the confusion – is pretty damn good.

And This Time speaks to the notion of always having a reassuring place to be. Young kids like to know that, and if we were honest we would probably admit we all do.

It's easy to see why parents – mums and dads who turned up with their daughters – like McDell. She is very likable. She seems an excellent role model too.

And parents can get McDell's more mature songs at a very different level than the kids. She has, or could have, considerable young adult appeal.

Jamie McDell's problem, if she has one, is that -- if she can broaden her musical palette and gets taken more seriously as songwriter by her peers and critics – she needs to find that more mature audience.

On the evidence of this show (and Twitter utterances like “If I could choose between being a singer or a hobbit... I actually don't know which one I'd choose”) she is in a state of happily arrested development for a 22-year old. 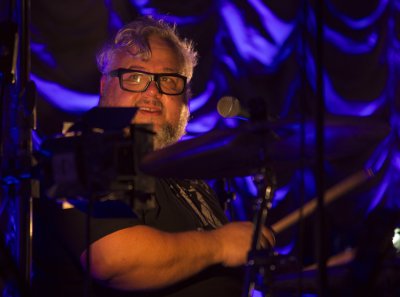 When acknowledging the drummer in her band – Scotty Pearson, formerly of rockers Elemeno P – McDell said she'd once played in a band called Backfire and they did songs by the Offspring . . . and Elemeno P.

If she has that edge in her background it might be useful to tap into it a little more.

It would give her set more breadth and punch and – given what even her young audience hear on radio or chart shows on television – would hardly alienate anyone, except maybe a few mums and dads?

Jamie McDell is a genuine talent, but right now she is at a crucial crossroads. She's made a step up with her recordings, but that didn't translate on the night.

Once this tour is over there might be some serious career decisions to be made.

Otherwise she could be just "singing by the sea", when she should be commanding adult audiences in concert halls . . . and places like the great old Crystal Palace. 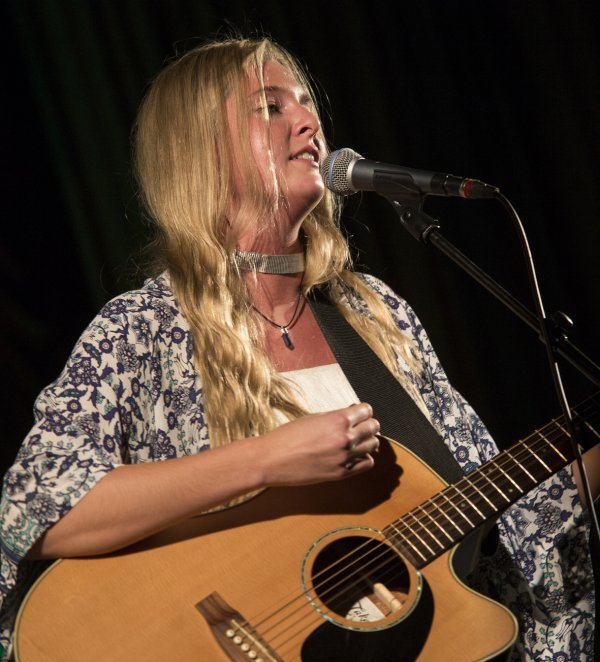