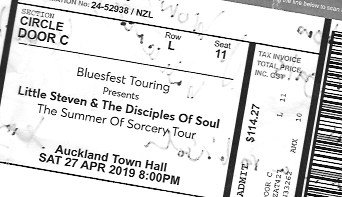 The best gigs, shows, concerts and events have a sense of occasion, something almost transcendent where the artist and the audience somehow create something bigger than just a performance.

Anticipation was certainly high that Steven Van Zandt – of Springsteen's E Street Band and many solo projects – and his big rock'n'soul band would do that.

From the opening salvo of Sweet Soul Music (“do you like good music?” seemed rhetorical) through salutes to Etta James, James Brown and Detroit (wonderful to hear Mitch Ryder get a namecheck) this concert appeared to have that. On through material he had written for his Asbury Park running-mate Southside Johnny and a gorgeous soul ballad for David Ruffin (of the Temptations) to a rousing Sun City – now more resonant for its broader metaphorical meaning than tied to its anti-apartheid stance – Van Zandt and his extraordinary band brought a much loved history of rock'n'roll soul to life.

Not that many would know that.

The Little Steven and the Disciples of Soul occasion at Auckland's Town Hall was woefully undersubscribed, barely a third of the standing area downstairs was covered and just a few score in the balcony.

The promoter no doubt dropped a bundle and their sole consolation perhaps would be that they'd brought an enjoyable, serious, funny, engaging and danceable shows to Auckland, the last of the current tour before the band reassemble in LA to rehearse for a new show and then Europe. It's hard to imagine however this band rehearsing. Everything seems so second nature from the five-piece horns to the three black women singers in outrageous Afros and Van Zandt prowling, scowling and mugging it up centerstage. And at times spontaneous.

His disciplined disciples are professional and never once gave any indication that the small turnout was a disappointment.

You got a clear sense that they would have done exactly the same high-energy, bases-covering two hour show no matter how many or how few turned up.

And that's why this seemed primed to be more than just a gig, show concert or event, it had a real sense of occasion.

But the sound was often indifferent, a few too many songs were dragged out needlessly when economy would have made them more punchy, and there seemed opportunities lost, like having what was essentially a girl group on stage who could have offered some Shangri-La or Spector songs of the kind Van Zandt grew up with.

It wasn't quite the soul revue you might have hoped for, and one or two more familiar songs would have lifted the roof. But it was what it was, a celebration of genres – Van Zandt is very much an idiomatic writer for people like Southside Johnny and on his own albums – and the life affirming music itself.

Van Zandt may be a rock'n'roll preacher with testifying gestures and soulful passion but he's also a teacher.

In a conversation backstage before he went on, he spoke passionately about the cuts in funding for music education back home in the States and how he had now set aside much of his former political rhetoric to just get on with the job of raising funds and awareness of music teachers and the role they play.

And in concert he gave a shoutout to music teachers who are underpaid and under-appreciated.

But he also walks the talk and his TeachRock.org project has on-line ready-made lessons (more than 100) which cover everything from blues, country blues and the birth of rock'n'roll to Civil Rights, Black Lives Matter and more. 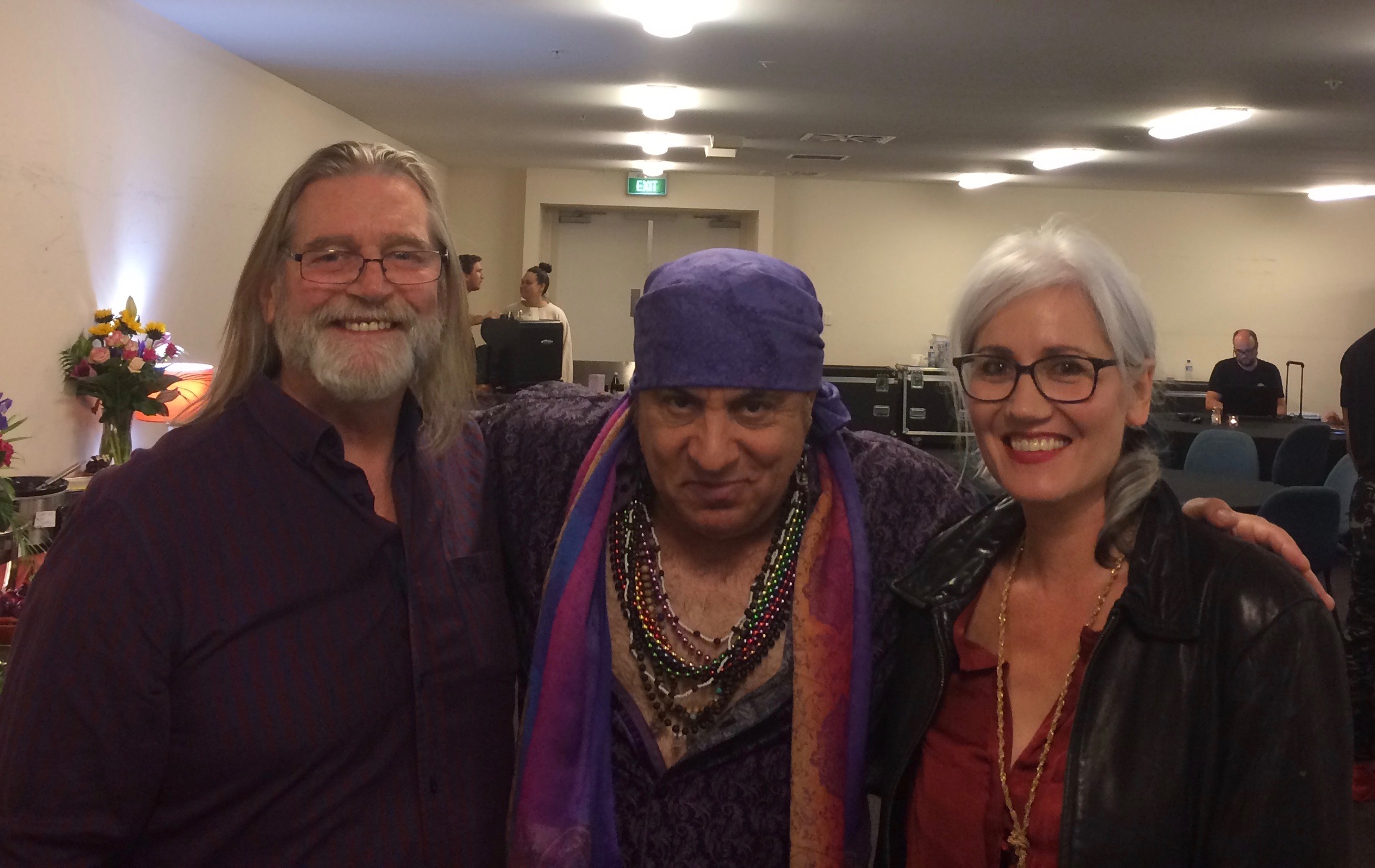 Featured artists and voices include everyone from Robert Johnson to Beyonce, Link Wray to Kanye, Nina Simone to Gorillaz.

This is American music history – and his – so a concert by Little Steven and the Disciples of Soul comes freighted with references to that great project of (mostly black) American music.

As he noted in one his more pulpit moments, here we leave our differences at the door because we are in the church of music. 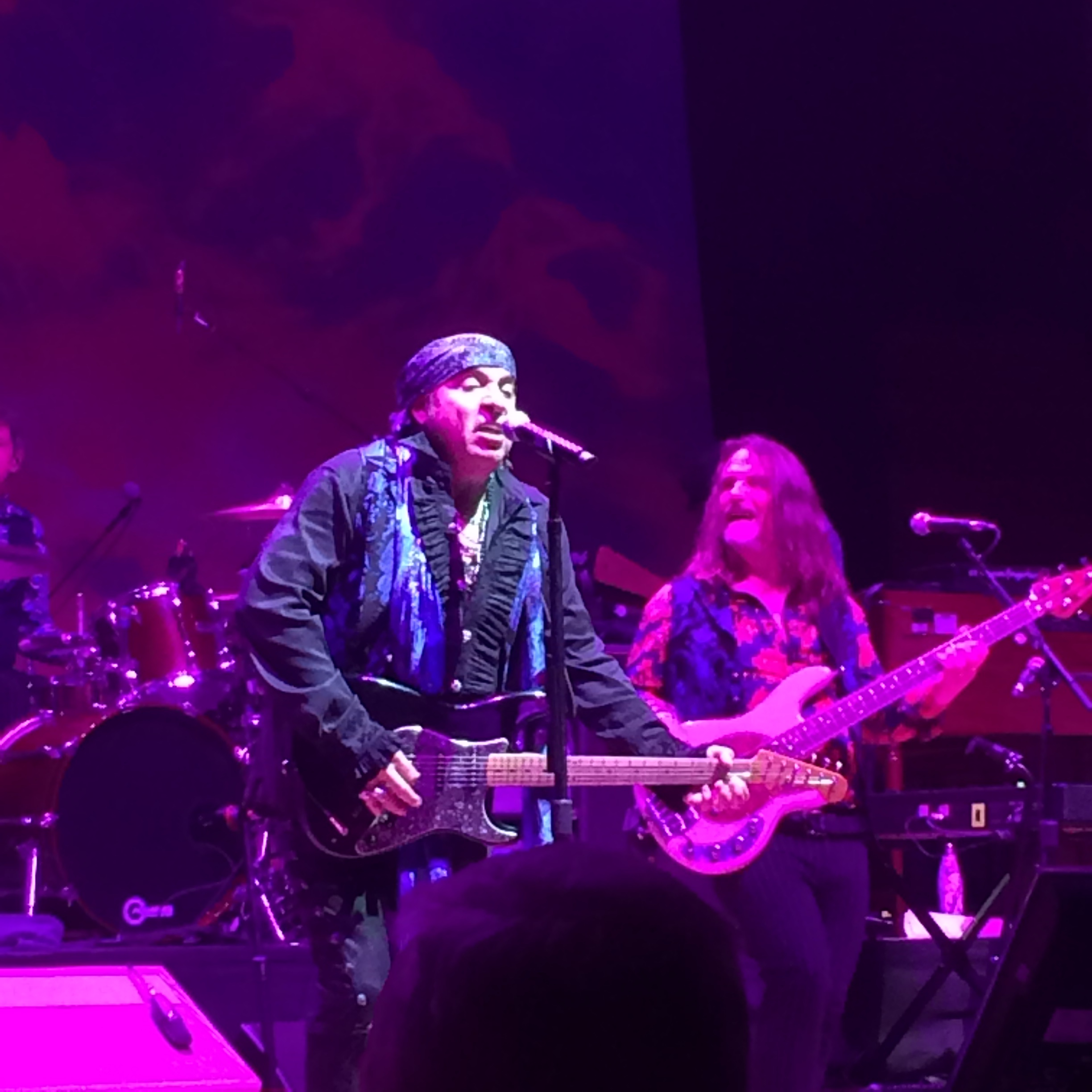 And what a joyful church it is, despite the flat spots and perhaps the sense that this was the last gasp gig on a long tour.

Steven Van Zandt is a man on a mission (call it “a mission from God” if you want to be glib) and with his Disciples in tow he might have been preaching to a small band of the converted at the Auckland Town Hall.

But his brand of rock'n'soul religion can be, at its best as it was early on, intoxicating stuff.

The preacher just needed to focus the sermon a little more. 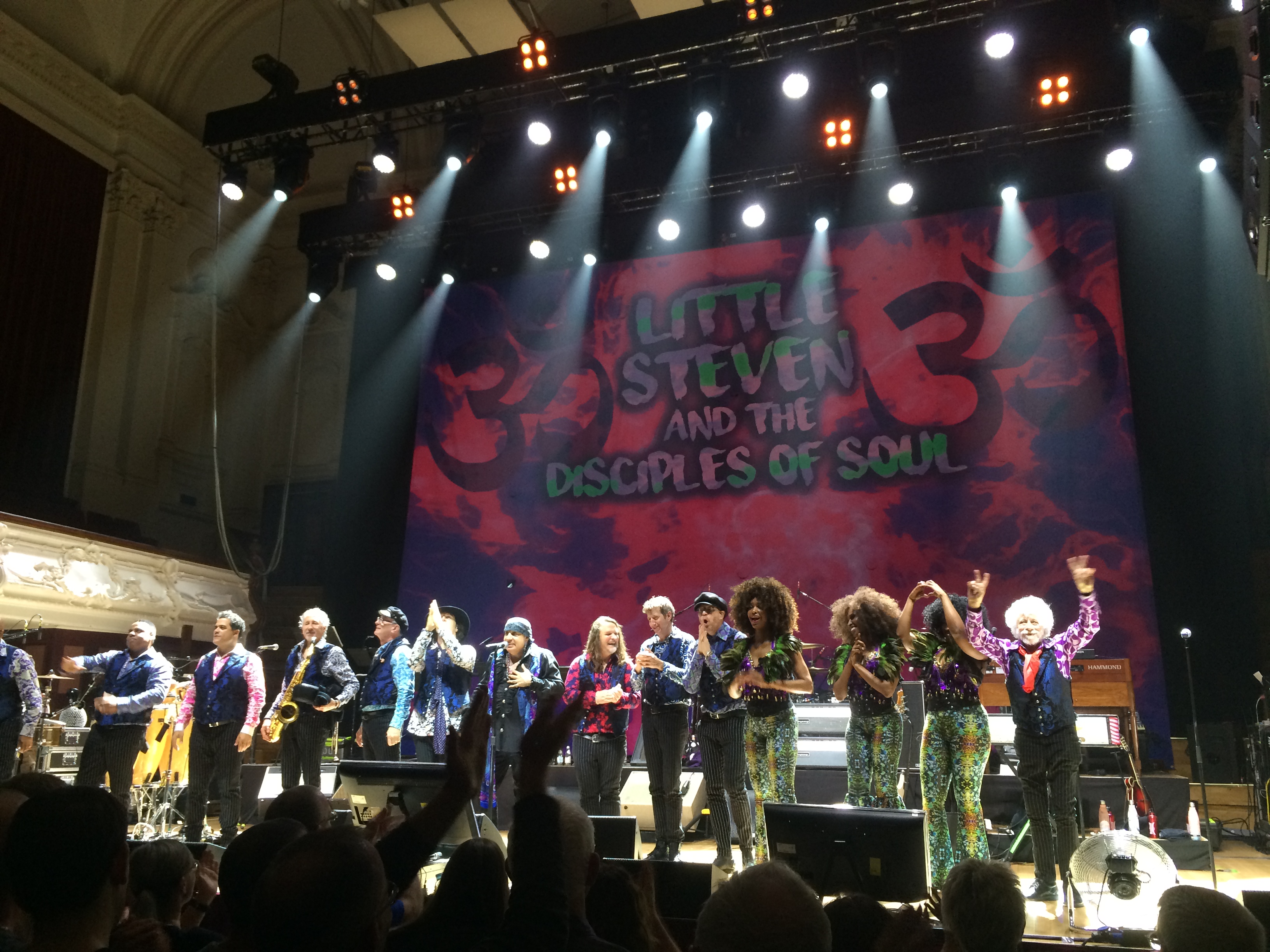