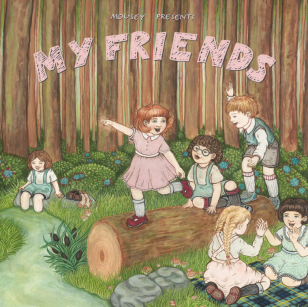 Despite her unpromising name (AKA Serena Close) lifted from the lyric of Bowie's Life on Mars and the introspective folk of the opening title track, Mousey can whirl up a storm of guitar-driven indie-rock.

My Friends – the title reflecting the over-arching theme of the album mostly conceived during lockdown – follows her excellent debut Lemon Law of 2019 which delivered jangle-pop, thoughtful acoustic ballads and the single Extreme Highs which made the long-list for the APRA Silver Scroll.

The title track here is like a gently meandering letter-to-self reminding her of the support of friends during the hard times (“I am loved”).

But the album kicks into higher gears with the driving, up-beat chiming, Blondie-like guitar indie-pop of One Dollar Wednesdays (“I'll never stop loving you”, about her husband) bouncing off a similar handclap backbeat which elevated songs like With No Youon her debut.

And the more abrasive but equally catchy The Bench which locates her closer to Canada's Courtneys.

In that regard, Mousey assimilates numerous influences from 60s pop to the indie-rock of the 90s as well as delivering melodic pop ballads (Wait For Me) and the quieter folk (Rachel, the moving Stormy Boy) which put her along a similar axis as Tiny Ruins and Nadia Reid, although her concerns here are more overtly personal.

The sonic enormity of My Hands Are Hands Made of Glass – with drum machine, astringent strings and a landslide of guitar chords – and the ambitious Pudding and Pie which contains quiet, almost dispassionately weary anger rising to fury (“the cold, damaged heart at the centre of my album” she has said with lines like “I dug a hole for you”) then circles back to tiredness, show the emotional power Mousey can unleash.

And both give the lie to the Little Golden Book innocence of the album cover.

My Friends is both and expansion and consolidation of Mousey's range and if it can feel like it too frequently shifts its footing, you can't deny she has the various vehicles for what she wants to convey. 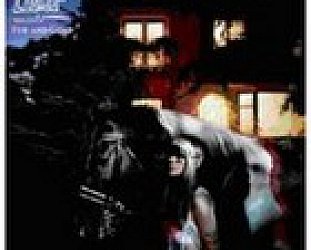 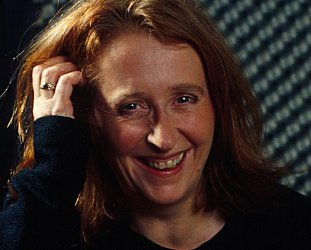