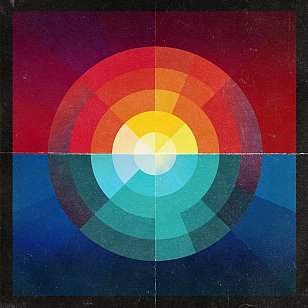 If Barnaby Weir didn't exist it might be very difficult to create him. The Wellingtonian is a musician, producer, songwriter and guitarist.

However he has also been a DJ and presented radio programmes, is the mainman behind the long-running Black Seeds (coming close to its 25thanniversary) and has his hand on the tiller of Fly My Pretties which has been a touring and recording vessel for artists as diverse as Age Prior, Ria Hall, Laughton Kora, Tiki Taane, Mel Parsons, Anika Moa, Mark Vanilau, Hollie Smith, Eva Prowse . . .

With Loop Recording's mainman Mikee Tucker, Fly My Pretties delivered a series of acclaimed albums, live and theatrical shows as well as presented DVDs and documentary footage of their Loop releases.

Where FMP ran along a folk/rock axis, Black Seeds dig deep into funk, reggae and dub, and it too has had a revolving door of guests.

Black Seeds have taken their music global and albums have had excellent international reviews and sales, with tracks appearing in US television shows and series.

Behind all this activity is guitarist and facilitator Barnaby Weir, now in his mid 40s, who also found time along the way to release a solo album and collaborate with other artists on Loop.

There's a smattering of slightly earthy funk on It's So Real, and Non Justice which opens the second side of the vinyl effectively digs into dub (courtesy of Dr Lee Prebble) and picks up a social issue which is rare on an album which defaults to positive, love'n'family grooves and some disappointingly mundane lyrics.

The second side, in terms of depth of sound and emotional drive, is by far the better of the two – it sounds deeper and darker: Raised With Love Dub at the end suggests the whole album could benefit from such dubbery.

Although even here hints of serious intent are ameliorated by lyrics which tell us, despite it all, we shouldn't worry and should just keep love in our heart and respect each other.

Such sentiments – benign and uncontroversial as they are – means Love & Fire, another installment which is bound to be popular as all Black Seeds albums have been, mostly feels less an album of songs than a vibe.

But just a vibe, nonetheless.

Love & Fire is available on CD and vinyl from bandcamp here. 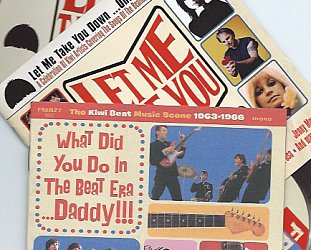 For reasons we can't and won't fully explain, Elsewhere has always found something of considerable interest in the archly arty, post-punk/experimentalism and enjoyably indulgent shadowland... > Read more 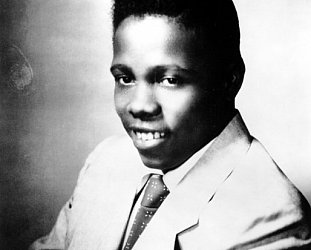 And further to the now familiar story that death is good for a career . . . Johnny Ace had been enjoying a very good run of hits throughout the early Fifties, so much so that maybe he thought he... > Read more