You have to sympathise with the Lennon kids: Julian was skewered for sounding too much like his Dad (and people like Karl Wallinger of World Party weren't taken to task on the same charge?), and Sean for not carrying the flag in quite the way some thought he should.

That first Sean album had hints of bossa nova and was peppered with ethereal ballads.

Not quite what people expected from the son of God.

Inevitably this one eight years later has been duly ignored, and yet . . .

This Lennon isn't the most sharp of lyric writers but the dreamy ballad mode here -- which seems to be the voice he has found for himself -- can be highly appealing. If it sounds like anyone it is, in places, probably Crowded House. Some pretty string arrangements elevate this too and you suspect if he wasn't burdened by that name he'd be placed alongside the likes of Richard Swift , Rufus Wainwright, Ken Stringfellow and all those others who have shaved off a bit of Brian Wilson (and Paul McCartney) for themselves.

Tomorrow sounds like a lovely Thirties croon, Headlights is a chirpy hand-clap and acoustic guitar-driven sliver of likeable 60s-ish pop (with lyrics about cocaine), and if the cover art is anything to go by he's better at the drawing thing than his dad.

The bonus here is the DVD disc where he and famous friends (Bijou Phillips, Lindsay Lohan, Carrie Fisher and others appear in a series of releated clips with the songs as the soundtrack.

Sean, now in his 30s, looks like a paunchy version of his famous father and plays the saddo pretty well. He also gets in a neat joke: when standing in a queue for a movie someone says, "Hi Julian".

The earth isn't moved by his album, but it is a slightly warmer and better place for this relaxed, optimistic and rather interesting outing. 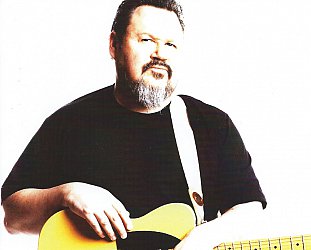