The Frames, The Cost (EMI)

As regular readers of this column will know (I've always wanted to say that!), the lead singer of this Irish band Glen Hansard appeared in Elsewhere last year with a low-key but compelling album The Swell Season (with Czech singer/pianist Marketa Irglova).

But, to this one: Hansard excels in heart-aching angst and dramatic vocal swoops, and the band (which can come on like mid-period Radiohead) propel him into great soaring flights. This is their sixth album and it can be loudly thrilling in an Arcade Fire/Radiohead kind of way.

They also revisit a couple of songs from that Hansard solo outing (the glorious Falling Slowly, the dense When Your Mind's Made Up) and only the slightly obvious Sad Song pulls this one back a notch.

Although that said, even that track is grower much like one of REM's similarly effortless melodies. I have no idea why Hansard says this is their Gordon Lightfoot/Elton John/early 70s folk album. I was there in the 70s and it sounds nothing like that. It's better. 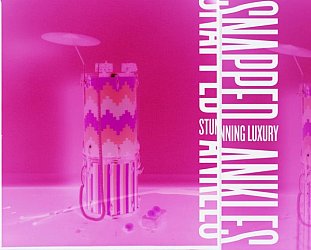 A post-punk collective from East London which dress in what they style as pagan costumes and offer a kind of Fall-lite tribal chant and tribal beats alongside synths (which they put inside logs for... > Read more