Many are sent and few are chosen, and despite this album coming out in 2005 it has been chosen here because . . .?

Well, there is something relentless, driving, ambitiously epic and genuinely atmospheric about this eight-track album by this flexible line-up from Hamilton, New Zealand.

It doesn't surprise me that they performed three of their songs with the Waikato Symphony Orchestra in February 2007, they do have a kind of widescreen grandeur.

In an way it is prog-rock with a tough edge, but there is also something more. Some of the vocals aren't the strongest and yet they have a driving quality (Ghost4) that is memorable and after repeat plays hooks you in.

Despite the tracks being named Prelude then Ghosts though 1 to 7 there seems no overarching "concept" as such and the tracks stand on their own merits, whether they be surging and guitar-driven (Ghost4), metal edge (Ghost5) those coloured by electronica (Prelude) or the eerily ambient (Ghost6).

This isn't the best album these people are going to make -- but with 7Ghosts DateMonthYear have grabbed my attention and I'm very keen to hear more.

This powerful second album by Auckland's instrumental prog-metal outfit (for want of a better term) has an undeniable internationalism and its reference points are post-rock bands... > Read more 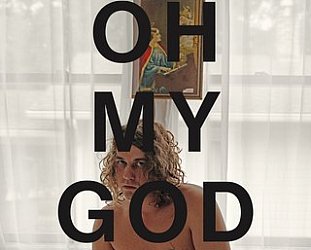 When artists head down a spiritual path they inevitably get comparisons with Bob Dylan in his gospel phase, the more questioning moments of Van Morrison or Leonard Cohen, and maybe a bit of Bono.... > Read more 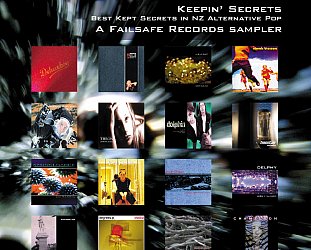