At the time of Richard Thompson's excellent Rumour and Sigh album in '97 I decided I'd had enough of hearing how he was a cult figure whose albums never sold: so I did an interview with him (he had a reputation for being earnest but he was chatty on the phone and when I met him in London a few years later he was very chipper) and I ran the story on the cover of the Herald's entertainment section.

I hedged my bets and paired him with an interview I had done with Husker Du's Bob Mould who was a big Thompson fan and gave me supporting quotes. I felt if anything was going to get sales for Thompson in New Zealand this would be it: big interview, great album, someone cool saying he was The Man . . .

Then we'd laugh like drains and I reminded him that some people talked about "the power of the press".

So I confidently expect this excellent album will sell in small numbers and there seems nothing anyone can do about it: Thompson is an acquired taste I realise and his marginal status a self-fulfilling prophecy.

For those curious though here he is back on electric guitar but keeping that mercurial playing in check to serve the typically taut and edgy songs. As usual relationships are seen in terms of emotional territorialism (in my experience women don't much like Thompson) and in Dad's Gonna Kill Me he addresses the war in Iraq (The "Dad" is Baghdad).

This is certainly up there with his best solo work in the past couple of decades but rather than sales I guess he might just have to settle for five star reviews, winning awards and being respected by his peers like REM, the Finns, David Byrne, Dinosaur Jr, Evan Dando . . . 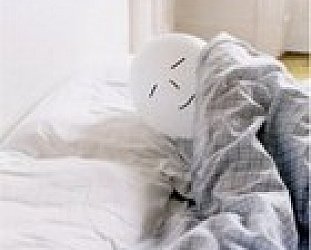 If there was a band name attached to this rather than Middleton's you'd be talking a Scottish supergroup. The line-up of players includes members of Mogwai, Belle and Sebastian, Reindeer Section... > Read more