Bluesman Benoit teams up again with Lousiana's LeRoux, the rockin' outfit he worked with on his swamp-lightnin' album Brother to the Blues of last year which was nominated for a Grammy.

This is more of the same, but better: Benoit's guitar has a sharp and stinging quality, he digs into some Cajun-flavoured blues, and on the title track funks it up with LeRoux (who were Clarence 'Gatemouth' Brown's backing band for a long time -- see My Back Pages for my encounter with Gatemouth).

Along the way he also makes over Buffalo Springfield's For What It's Worth as a dark and menacing warning from the bayou, bends those notes and fires off some electrifying energy, and on Julie Miller's Midnight and Lonesome he turns in a powerful and spare ballad heavy with portent.

This is undeniably swamp blues from the bayou -- but with a whole lot more energy than the laidback style of Tony Joe White.

Benoit's raw vocals and angular guitar work make for a blues album of great depth, and one which rocks. 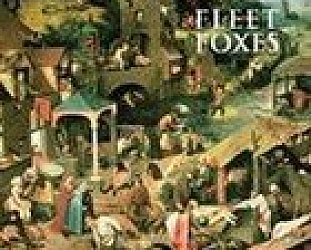 This wonderful self-titled debut album by Seattle's Fleet Foxes has already appeared at Elsewhere and was one of the Best of Elsewhere 2008 albums -- but it makes a return because this belatedly... > Read more