In a cover so cheap-looking and unpromising that it reminds me of an intermediate school kid's doodle comes one of the best New Zealand albums of the year.

Let's hope that godawful "artwork" doesn't put off any prospective buyers because if it does they will be missing one of the most nuanced, textured, seductively melodic and vibrant albums that Flying Nun has released in a very long time.

And the Nun connection is relevant here because the opener reminds me of nothing less than a lost Verlaines track, all urgent strumming and tight vocals, played as if the band's life depended on it. But also lifted by whooping background vocals.

It is a well-chosen opener as it emerges out of a dreamy cloud of tinkling then takes off through the stratosphere.

It barely suggests the beauties which follow however and which also invoke other melody-strong Nun bands like Sneaky Feelings.

There is a wistful quality at work (Slumber Party, A Day in the Sun, the closer Sugar), evocative soundscapes (Gandalf), light and ethereal pop (Irrelevant Noise), and chipper trad-country music (No One Will Believe Me When I'm Dead).

Pure Joy is exactly that and you can almost feel the warm breeze in your sails as the sunlight flashes off the waves (until . . .), and the instrumental Omerta sounds like it has borrowed something from those early electronica albums like Oxygene. But in a good way.

Lyrically they are quirky (sometimes straining a little too much for effect) or smile-inducingly simple.

But whatever way you cut it this diverse, delightful album is headed straight into those "best of" lists you are reading right now. 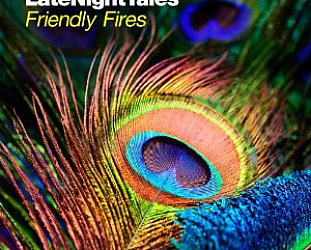