If these young guys had been around 35 years ago and come out with this album they would have been pegged as yet another "new Dylan".

And even now that's a tag they would seem happy with: the opener has the refrain "world gone wrong" which was Dylan album title, and Dylan's slower delivery is everywhere in these country-styled songs.

Produced by Bo Ramsey -- who is father to Benson, one half of the Pines with David Huckett -- this is a surreptitous album: it sneaks up on you in songs that might send you back to Bob's Planet Waves or Nashville Skyline, or somewhere darker.

Many of the songs have a disembodied, slightly disconcerting quality which don't quite go the whole murder ballad route, but point you to the shadows rather than the sunlight. This rural Americana won't be to everyone's taste, and that Dylan tag will get in the way sometimes, but the Pines deliver with a wisdom beyond their years -- and so, oddly enough, can also sound like a younger version of the Bob that is out on the circuit today. Perhaps more spoken about than heard, Donna Savage's band Dead Famous People tapped into a shamelessly enjoyable mainline of power pop in the late Eighties which was as uplifting as it was melodic.... > Read more 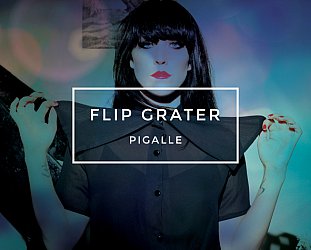