Whether he's singing sentimental songs (like the Kristofferson-penned title track here), evoking some kind of outlaw mentality or harking back to history (his take on Randy Newman's Louisiana here lightly updated to make it more relevant post-Katrina) there is still something magical about Willie's vocals.

He slides behind a beat to give a lazy and jazzy quality, his twanging vocal style has an earthy and honest resonance, and given the right material he can deliver albums of great emotional impact.

This one is two-thirds of such an album: with Kenny Chesney co-producing Willie is thrown into some interesting and sometimes gritty musical settings but not all (notably the lame Bob Song that Chesney wrote) are successful.

Much of the material here is -- in one way or another -- reflective as you might expect: a life lived in sunshine but the colours starting to fade is a lovely image which he pulls off with casual confidence. When the ballad material is as strong as that (and it mostly is) then Willie excels and discreet Tex-Mex acoustic guitar touches, subtle backing vocals and soft harmonica make for some real delights: his own Always Now is a leisurely classic.

However he fires off some hard-hitting salvos with the musically disconcerting opener Over You Again, a monochrome roll through Dave Matthews' Gravedigger and the funky Takin' on Water -- all highlights of the upbeat tracks.

The closer (bar the hidden track) is his take on Dylan's Gotta Serve Somebody, which is among the weaker tracks.

But at his age -- he's 75 -- it is hard to believe that he should not only be still recording -- but singing this well, and still pushing a few envelopes.

Real good. For a collection of reviews of earlier Nelson albums and an interview check the tag.

One of the saddest songs ever penned, He'll Have to Go became a signature ballad for the man they called Gentleman Jim Reeves. Reeves (1923-64) had the vocal ease of Bing Crosby but with less... > Read more 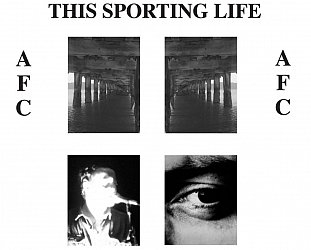 In New Zealand, as in Britain particularly, the post-punk scene was musically more interesting than the first wave of phlegmatic punk which tended to broadcast on a narrow emotional, musical and... > Read more