Supreme Beings of Leisure: 11i (Elite)

So, whatever happened to chill-out music? About a decade ago the world was lousy with the stuff and you barely move for people raising martini glasses and trying to look like they'd stepped out of a 1960 Pan Am ad.

But the cooler-than-thou crowd seemed to fade away quietly (into mortgages and kids maybe?) which is a pity because some of that hip'n'cool music was pretty darn good.

Among the better practitioners were Supreme Beings of Leisure whose self-titled 2000 album was a gem and contained the very cool Golddigger. They sounded like they were the invention of Austin Powers and their album covers reflected that too.

They have been absent for five years but return with this excellent album which, as with its predecessors, borrows heavily from sources as diverse as Shirley Bassey and the Smiths, John Barry and world music from the transit lounge in a very warm climate.

This isn't all horizontal stuff either: there is the brittle but cool Mirror, the heavy traffic of the funky Swallow, the stab of guitars on Ride . . .

Conceived as a journey through a day -- it opens with The Light and ends with Lay Me Down -- this isn't much of a concept but around lunchtime (the bouncy Good, the quirky Pieces) you'll probably prefer a short black rather than something from a tall glass.

So not so much chill-out but suave, sophisticated pop with some genuine sandpaper to keep you alert.

It's good to have these people back. 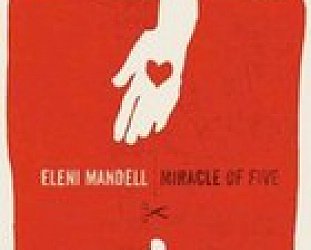 I have no doubt Mandell will be dismissed in some circles as an alt.country Norah Jones -- but that would be a little lazy. What this album (Mandell's sixth) shares with Jones is an overall low... > Read more