Back in 2001 Elbow were shortlisted for Britain's prestigious Mercury Prize for their debut album Asleep in the Back* and for my money it has all been up since then, although I suspect sales haven't followed accordingly.

They are a cult name in New Zealand (mid-sized cult however) and a band that is too easy to let slip past you. But they are musically unconstrained (Led Zepp who went from heavy to Anglofolk and world music are a good reference point, if not in a purely musical sense) and their sense of dynamics wil keep you on your toes.

They also have in singer Guy Garvey one of the smartest lyricists around. How's this for the first lines on the opener which typically slews in an unexpected direction: "How dare the premier ignore my invitations. He'll have to go. So too the bunch he luncheons with. It's second on my list of things to to do. At the top is stopping by your place of work and acting like I haven't dreamed of you and I and marriage in an orange grove".

Doesn't that capture something of the contemporary condition for many people? Love it.

From the spare to the sublime, the hushed to a holy racket this is a terrific album and commands repeat plays just to get every subtle change, musical shift, lyrical twist and so on.

Richard Hawley (an Elsewhere favourite) guests on one track, there are string sections and their own in-house "choir" and there is some ear-crunching rock just to keep everybody honest.

It's almost prog-rock (without the self-indulgence).

Time for you to join the mid-sized cult, I think.

In September 2008 Elbow won the Mercury Prize for this album.

I'd never heard of these guys before buying this CD. Just stunning. Gus Garvey sounds so much like Peter Gabriel it's scary. Highly recommended.

One of the mysteries of music is how a band as good as Elbow have managed to stay under the radar for so long. They’ve released four albums since 2001 and every one of them contains at least two or three songs of joyous, heart-breaking, life affirming beauty. ‘Mirrorball’ and ‘One Day Like This’ fit the bill on this their latest effort. Elbow create soaring, melodic music which perfectly compliments the poetry of their hopelessly romantic lyricist and singer Guy Garvey. Take this from ‘Mirrorball’ – “I plant the kind of kiss that wouldn’t wake a baby on the self same face that wouldn’t let me sleep. And the street is singing with my feet and dawn gives me a shadow I know to be taller.’ Or from ‘One Day Like This’ – “Kiss me like a final meal. Kiss me like we die tonight. Cause holy cow I love your eyes. And only now I see the light” – a song so upbeat and uplifting it should come with a health warning for people suffering from depression: ‘This song could make you feel better.’

Elbow, this guys are brilliant, ignored in the mainstream for way to long they've pumped out record after record of quality music. Stand-out track for me One Day Like This, "drinking in the morning sun, shaking off a heavy one", oh for the opportunity to hear them live.... 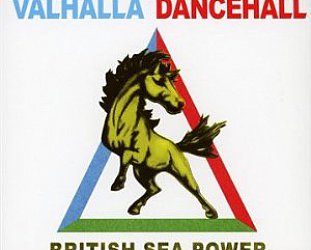 After their interesting digression into providing a soundtrack to the 1934 film Man of Aran by Robert J Flaherty (and letting that remarkable and bleak film find a new audience with the CD/DVD set)... > Read more 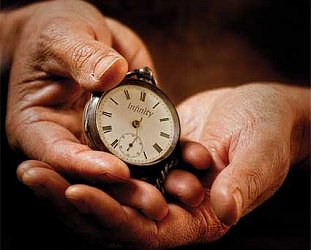 Infinity are guitarist/bassist, keyboard player Pateriki Hura and drummer Cameron Budge from, I believe, Hastings and this is their all-instrumental debut. And you have to hand it to them,... > Read more