I maintain I was right about this Ohio drum-'n'guitar duo: that their first albums showed more promise than being as great as they were hailed. And that when I saw them I was struck by how the hip, young crowd acclaimed them yet wouldn't cross the street to see someone as unfashionable as, say, George Thorogood who could wipe the floor with their "blues".

But that was then and they are now onto their fifth album, and much of their earlier post-industrial blues has been mollified, melodies have come to the fore and here -- with producer Danger Mouse, their first time in a proper studio -- they have crafted something more worthy of the premature acclaim they enjoyed.

The back-story on this one is interesting: apparently Danger Mouse asked them to write for an album he was planning with Ike Turner but in the course of the project two things happened, they realised they were writing their own album -- and Ike died.

The Black Keys have also broadened their musical palette and here are hints of Nick Cave and Waits alongside earthy elements of John Lee Hooker and Howlin' Wolf.

It might not be quite as good as their previous one Magic Potion, but this is one damn fine outing from a band that has really hit its stride in the past three years.

These two just get better with every album. Damned annoyed I missed them in Wellington. 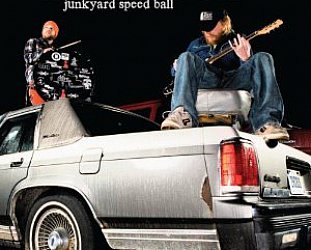 Judge a band by its cover? Sure, why not? Here the raucous blues-rock duo of guitarist Freddy J IV and drummer Brenn "Sauasage Paw" Beck out of Indiana are almost horizontal in a... > Read more 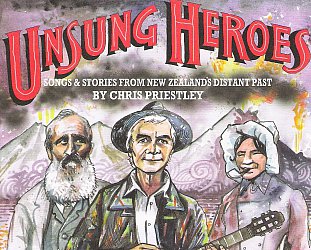