The Fratellis: Here We Stand (Island)

Last year's debut album Costello Music by this rowdy Glaswegian three-piece didn't make it to Elsewhere because, frankly, I didn't rate it as highly as some. I thought it had many of the problems and few of the advantages that attend a debut. But this follow-up is something else.
If Costello Music was firmly in the pop-rock camp with an ear for radio singles then this is more rock-powerpop as they wittily reference in music and lyrics a wide swathe of rock history and swagger their way through songs which stretch and bend, at times sound like they have emerged from a 60s club where the Yardbirds have just unplugged and at other times borrowing from punk and new wave with equal disregard.
What these guys have -- aside from a sense of humour revealed in bizarre but memorable lyrics -- is an innate energy that few others working the field seem to possess.
This is widescreen, polished (maybe too polished for some tastes) rock with wigging out guitar bits, driving drums and an assured, unapologetic sense of how to employ an air-punching chorus.
If you can imagine the Knack as played by Cheap Trick for a Small Faces r'n'b tribute album you are probably in the right region.
Play loud. 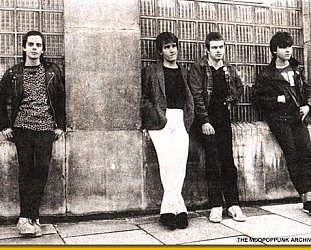 Ever wondered why the English New Wave band The Vapours were just a one-hit wonder with Turning Japanese? They don't. They know exactly why. A little background though: they were from Guildford... > Read more 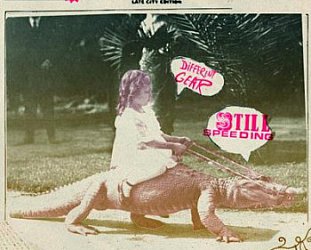