A couple of months ago I was invited to give a lecture to Auckland Uni music students about a contemporary songwriter of my choosing whose catalogue of work was interesting and worth studying.
I picked Paul Weller on strength of this quote from him about his forthcoming album: "It takes in soul, rock'n'roll, there are some folky moments, some psych bits, a classical piece, some avant free form. There's a tribute to Alice Coltrane and a spoken-word piece called God . . ."
The question I posed the students was: how does a songwriter get to have that much stylistic diversity in their work?
Of course they were only vaguely familiar with Weller. But after tracing his career in the Jam (60s-framed rock with references to the Who, Ray Davies and Small Faces, plus Motown and funk in their latter days) then the Style Council (European soul, jazz, more r'n'b) and a solo career in which he had pastoral moments the question became: why would he not have that much stylistic diversity?
22 Dreams is that album -- a whopping 21 tracks (the 22nd is the stupid liner note story by Simon Armitage), spread over two discs in some formats -- and he is as good as his word: all that musical diversity is there, and highly accomplished as you might expect.
It's a lot of listening and you'd be forgiven for approaching it in small chunks, but over time the many and various songs emerge distinctively and the count of standouts is remarkably high even if some recall his earlier genius: the title track which has the same urgency as Shout It To The Top melded with In The City; All I Wanna Do which lifts its hefty riff from Bowie; the placement of the orchestrated Euro-soul of Empty Ring before the aching piano ballad Invisible; the dense tribute to Alice Coltrane orchestrated by Robert Wyatt who contributes piano; the folksy Dark Pages of September; the swirling psychedelic epic of Echoes Round the Sun with Noel Gallagher and Gem Archer from Oasis; the refined simplicity of Where'er Ye Go and Sea Spray . . .
With longtime guitarist Steve Craddock (from Ocean Colour Scene) and some co-writes with Simon Dine, plus a guest list which also includes Graham Coxon (Blur), violinists, vocalist Hannah Andrews and others, this is an expansive and ambitious collection that in lesser hands would have fallen at any number of hurdles.
That Weller makes coherence out of such diverse musics and themes is testament to his gifts, and of course the Jam/Style Council and solo years exploring these territories.
So why would he not make this album?

And why not this convincing? 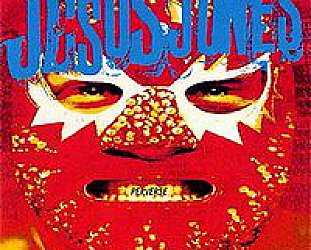 Mike Edwards has got a big mouth - and without going too far into the anatomically impossible, it’s his big mouth that gets right up people’s noses. And right here, right now in... > Read more 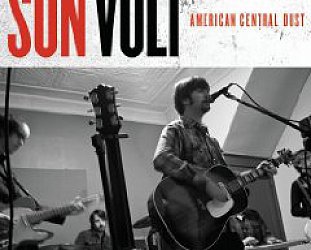