This son of Richard and Linda keeps good company: among his friends and fellow travellers are the Wainwrights (Rufus, Martha, and their father Loudon), guitarist Marc Ribot, the Band's Garth Hudson and other hip congnoscenti.
His last album Upfront and Down Low was mostly a country covers outing. And despite possessing the same kind of effete world weariness and post-sexual languor that infects the work of Rufus Wainwright, for this exceptional outing Thompson ties his intelligent lyrics to melodies that grab on the first hearing.
He calls it his pop album and it is, if your definition of pop allows for suggestions of the Beatles, show tunes, Neil Finn balladry, Jackson Browne folk-rock, Eagles-like guitar strum, country-twang, supporting string sections, guitar solos, big band rock . . .
Thompson also sounds in a (slightly) better place and although there are lyrics here which betray an astute self-deflation and wry humour, he also sings of happiness and love, and the generally up-tempo songs or classic melodic flow make for an album that will have you from the opening track.
Already in the list of this year's Best of Elsewhere.

My favourite pop record of 2008! While he doesn't have the body of work that his Dad does, Teddy firmly establishes himself as one of the finest popular songwriters around - think Elvis Costello or Neil Finn at their finest. Marius de Vries' production never takes centre stage but rather provides the perfect canvas to show the songs at their best. If radio programmers cared about songcraft then songs like 'In My Arms' and 'Don't Know What I Was Thinking' would be all over the airwaves. 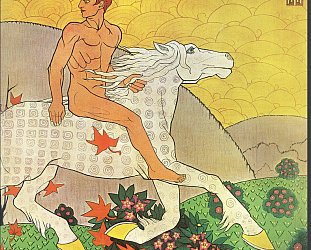 Released in 1969, this -- their third album -- was the last of the original Fleetwood Mac line-up which included guitar genius and Mac-founder Peter Green, another graduate of John Mayall's Blues... > Read more 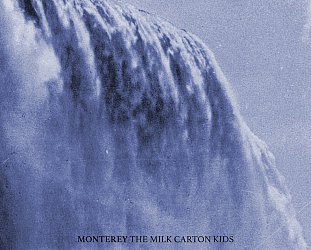 As their name suggests, the LA duo of Kenneth Pattengale and Joey Ryan are sensitive guys with a strong measure of empathy. It also cannot go without being said that they evoke the spirit of... > Read more