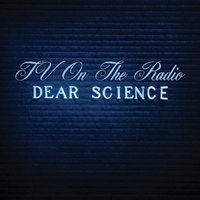 There are very few bands in rock culture that you could describe as genuinely avant-garde, but this ambitious New York outfit certainly fits the job prescription: they are musically ambitous, possess a sense of history but also a 21st century grandeur in their sonic approach, and write on a big scale.

It's enough to observe that there are elements of Prince and Bowie-funk in here as much as there is a smattering of NYC Downtown avant-guitar, rhythms which reach back to the disco age (but are judiciously selected) and hip-hop that leans on old school techno.

Oh, and they get in a horn section (Antibalas) in a few places.

This is a predominantly black band with a white music sensibility (and black music filtered through white musicians), and it takes from the best to create an urgent, turmoil of sound on tracks like the tense opener Halfway Home and Dancing Choose.

But for every rockist manouevre they come up with something as emotionally gripping as Stork & Owl which rides a cinematic synth bed and delivers up modern soul which aches with pain and sounds like a link between Ultravox and Checkmates Ltd.

The band name could not be more appropriate: what is here is a sonic movie and the title of the album brings it all home: science isn't to be feared in music, it is a tool to create.

And these people know how to do that.

Best of the Year albums are being collated, this will be among them. No doubt.

Hasn't left my car stereo since I bought it. Dance, rap, rock and soul, bearing influences from Radiohead through to Prince - this one has it all. 'Dear Science' has my vote for the Best of 2008. Needless to say, I'll be right up the front when they take the stage at next year's Big Day Out.

It might sound a trifle trite but I have liked this group ever since I first heard their name (just as like Television for the same reason). 'Avant garde' maybe but 'interesting' and 'challenging' are better descriptions

The latest album from Brooklyn's TV on The Radio, "Dear Science", is that rare thing in 2008: an album which resolutely demonstrates that artistic integrity and accessibility need not be antithetical. "Golden Age", the first single, delivers a compulsive hybrid of David Bowie's "Station to Station" and Michael Jackson's "Wanna Be Starting Something", evoking the raw sensuality of 1980s Prince before that artist commenced his descent into pretension. Yet it is a testament to an almost flawless record that this song, currently lighting up the blogosphere, does not stand out from the pack. Opener "Halfway Home" gallops out of the gate with characteristically layered production from studio boffin Dave Sitek. That this dense track is followed by the drastically funky "Crying" and spitfire vocal delivery of "Dancing Choose" indicates the sonic diversity and command of songcraft on overt display. While "Shout Me Out" may well be the dance-floor slayer of the bunch to rival the band's previous anthem "Wolf Like Me", it is the damaged trip-hop of "DLZ" and the smouldering closer "Lover's Day" that lingers in the memory. Apocalyptic yet unashamedly erotic , "Dear Science" is an art-rock masterpiece for troubled times.

One of those instances where one can be forgiven for believing the hype that surrounds this band and it's output. Stunning and always inpsiring, this group continue to release music that stimulates the head and the heart. And you can dance to it. One of the best records in 2008, full stop.

Some albums tease you, some intrigue you. Some suck you in after one listen. Others take a lot longer to reveal hidden depths. Some albums are meant to be played at 3 o’clock in the morning when you come home smashed. Others need a couple of hours on the couch with your eyes closed and headphones on. Dear Science works whenever, wherever (to quote that wise old Latino philosopher Shakira). Yes it is pretentious in places and yes it borrows and steals from Prince and Bowie and Beck and almost any genre you care to mention but don’t dismiss it for that reason. Suck it and see. While many people stopped listening to albums in their entirety as soon as they discovered the Shuffle button on their iPod, Dear Science is one of the few long players in recent years that demands your undivided attention from the doo-wop like ba-ba-baa-baa-bum’s of the epic opener ‘Halfway Home’ to the porno-pomp of ‘Lover’s Day’, a fitting climax to an album that deserves all the accolades it’s been getting. As if all that wasn’t enough ‘Golden Age’ boasts the best sing-along chorus of the year - “Oh here it comes like a natural disaster. Ah blowin’ up like a ghetto blaster. Ah here it comes, bring it faster. Ah here it comes, bring it faster. The age of miracles. The age of sound. Well there’s a Golden Age. Comin’ round, comin’ round, comin’ round, comin’ round!!” Magic! 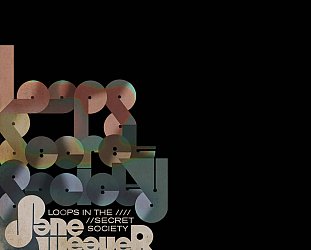 After considerable interest in her excellent second album Modern Kosmology in 2017, Fire Records out of Britain reissued her '14 debut album for the label The Silver Globe by this electronica... > Read more 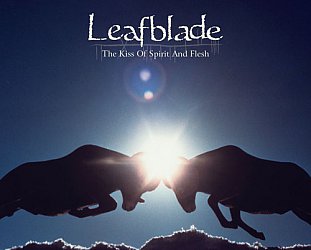