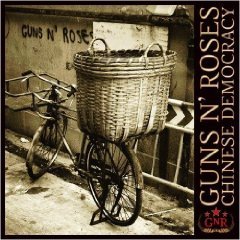 On a recent Panel discussion on National Radio the topic of this new Guns N' Roses album came up. Why you would ask these people (columnist Rosemary McLeod and Investigate magazine editor Ian Wishart if I heard right) their opinion of a rock'n'roll album is beyond me.

You might as well as a 14-year old streetkid their opinion of the New Zealand Ballet.

My guess is the streetkid would offer something along the lines of an impolite "who cares?" -- but The Panel people felt obliged to weigh in with comments about an album I doubt they'd listen to from a band they perhaps know even less about. Naturally they came up with the same kinds of cliches that are floating around.

So let's get it clear: yes this album is overblown, over-hyped and long overdue. But some have complained that it is overlong and bombastic?

Scuz me? Were they ever listening to the Gunners?

That, I thought, was the point of them.

This was a band that put out two double-vinyl albums simultaneously and had guitar solos that went from here to Alaska and back. You could cook and eat a three-course meal in the time it took some of their songs to hit the finishing tape.

So let's put all those accusations and criticisms aside: this is the new Guns N' Roses album after all.

Certainly despite the (apparent) sentiments of the title track and Riad N' The Bedouins you don't come here for political insight either. Nope this is just loud, long raucous 80s-framed LA rock'n'roll -- when it isn't Axl in shrieking ballad mode (notably Street of Dreams where his voice sound thin against the mountain of guitars and strings).

So all that matters is this: is it any good?

Surprisingly -- and this comes from one was an early fan -- it is better than we had any reason to expect, and yet slightly disappointing. Axl has never had a shit-filter and a few songs here want for musical and lyrical focus.

This might lack the downmarket LA sleaze of their terrific debut, but Axl has clearly steered his band(s) into more traditional heavy metal areas and there are moments where they sounds closer to Metallica and Aerosmith than the old Gunners. And he lets various guitarists off the leash for some ear-blistering solos.

But there's also the mid 70s funk-rock of If the World; the pared-back There Was a Time plastered in disconcerting strings; the typically ambitious Catcher in the Rye (on your way to Alaska, are you?); the urgent and hammering Scraped . . .

So while it would be cheap and easy to dismiss this (and yes, there are places where it is weak) it is also quite some bludgeoning metal album -- and that suits me just fine.

A tip: don't think of it as a Gunners album in the lineage of Appetite or the Illusion albums, but rather an Axl conceit and you might enjoy it more.

It is wide, high, loud, over-the-top and at times annoying.

What more could we have asked for? And what else did we expect? 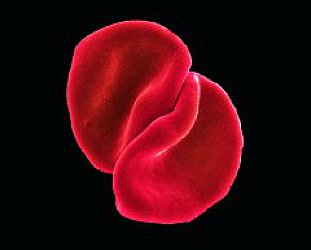 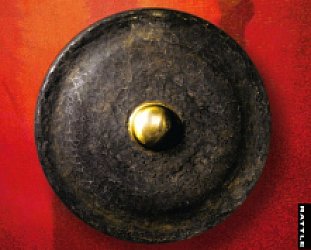 Those of us lucky enough to have been to Java or Bali -- and who have ventured further than the beach or pool for cultural experiences -- will attest to the extraordinary sound of a gamelan... > Read more