Various: Stars; Do You Trust Your Friends? (Shock) 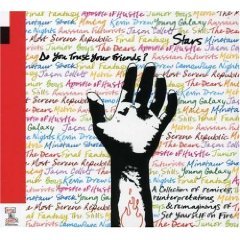 Very interesting if a little bewildering, especially if the Canadian band Stars' acclaimed 2004 album Set Yourself on Fire hasn't crossed your path.

What they have done is invite friends to cover/remix tracks from that album and so the album is re-presented in the same running order as a kind of self-created tribute.

I'm going to flip all the cards and tell you I haven't heard the original Stars album (which sounds like it was pure indie-pop of the kind I might like) but that doesn't detract at all from hearing their friends (Montag, Jason Collett, the Stills, Kevin Drew and others) getting poppy on these songs.

There is something enjoyably incestuous here: Stars seem to have connections with Broken Social Scene and many of these artists are from the same expanding circle. Like Venn diagrams over-lapping.

Anyway the pretty great Collett gets out his slightly Stones-rock persona on Reunion, elsewhere it's mostly cleverly arranged and endearing soft-pop rock -- and the result is you'll probably want to check out the original album as much as bands represented here like the Stills, The Most Serene Republic and the Dears.

Nice to note that Stars have very trustworthy friends . . . 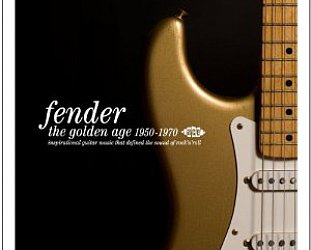 Any album which is dedicated to a brand of guitar -- no matter how legendary, as Fender is -- will always be uneven, depending on what kind of music you like. So right at the end in the ad for... > Read more 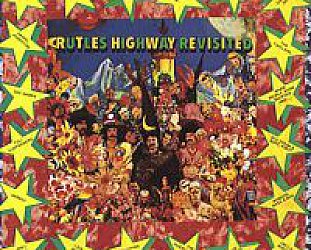