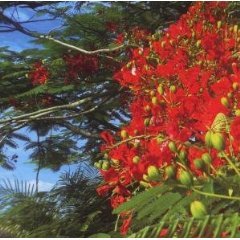 Back in the late Ninenties the Beta Band from Britain were, for some of us at least, the most exciting and promising thing around.

They released three charming folkadelic EPs -- packaged on CD as, you guessed it, The Three EPs -- and they were heard at the best barbecues. They were pastoral, trippy, sort of hip-hop if you only had acoustic instruments (although they had a turntablist), and were mysteriously oblique.

They coulda been contenders but none of their subsequent albums-proper fulfilled that early promise and so they eventually all drifted off to pastures new about four years ago.

Picking up where the Beta Band left off around the time of the Three EPs, founder Gordon Anderson with a couple of others from the Beta Band and an assembled crew of like-minded stoners came back as The Aliens and once more offered beguiling, sometimes bewildering trippy psychedelica with a folk and prog-rock consciousness.

The opener here -- 10 minutes plus -- roams from echoes of the Beta Band's wheezy harmonica through some cheery upbeat pop singalong, Beatlesque pre-psychedelics then down through Syd Barrett strangeness, a section which sounds lifted from the Rutles and then . . . There's a knees-up section in there too.

And that's just for starters.

They get some close harmony singing together for the wistful Beach Boys-like ballad Theremin which also recalls The Association from the Sixties; there's a rollicking piece of piano pop; nod to classic Oasis, and Floyd-like they later set their controls for the heart of the sun; aren't ashamed of a baroque pop hook that wouldn't be amiss from ELO . . .

Yes, this is an album like that: all over the place, hours of listening guaranteed as a new layer of the onion is peeled away, and you will never be any closer to figuring out just what/who the Aliens actually are. Or are being.

Love it or be annoyed by it, it is quite something. Although I'm still not sure what that is. 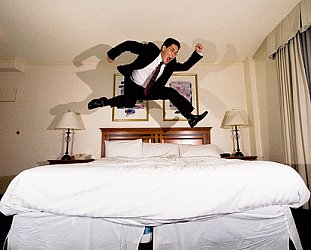 The world of music is populated by creative people -- and those around them who offer musicians absurd amounts of money, pampering for their inflating egos and medication for their every ailment,... > Read more